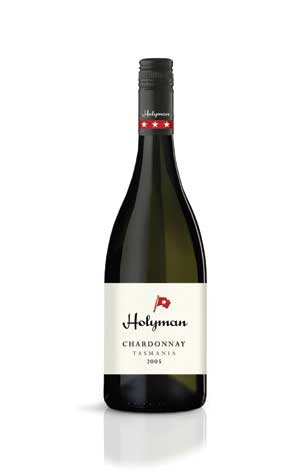 This little bit of work notes the neural basis of some of our 'refined aesthetic preferences'...what your brain might be doing when you feel that something that costs more is better (even when you are unknowingly comparing identical items). Here is the abstract from Plassmann et al.:

Despite the importance and pervasiveness of marketing, almost nothing is known about the neural mechanisms through which it affects decisions made by individuals. We propose that marketing actions, such as changes in the price of a product, can affect neural representations of experienced pleasantness. We tested this hypothesis by scanning human subjects using functional MRI while they tasted wines that, contrary to reality, they believed to be different and sold at different prices. Our results show that increasing the price of a wine increases subjective reports of flavor pleasantness as well as blood-oxygen-level-dependent activity in medial orbitofrontal cortex, an area that is widely thought to encode for experienced pleasantness during experiential tasks. The paper provides evidence for the ability of marketing actions to modulate neural correlates of experienced pleasantness and for the mechanisms through which the effect operates. 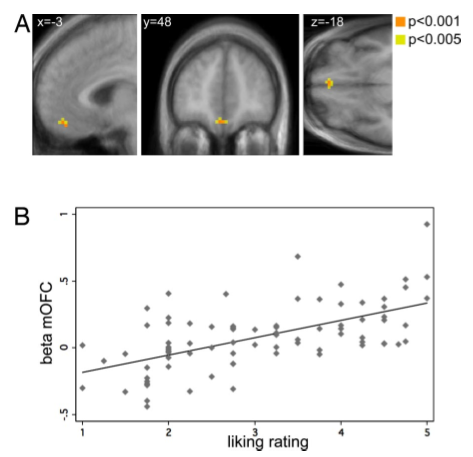 Figure: Neural correlates of liking ratings. (A) Activity in the mOFC and the midbrain correlated with the reported pleasantness of the six liquids at degustationtime. (B) Correlationof pleasantness ratings and BOLD responses

Posted by Deric Bownds at 6:30 AM
Email ThisBlogThis!Share to TwitterShare to FacebookShare to Pinterest
Blog Categories: acting/choosing, emotion, happiness, motivation/reward