Some interesting comments by Kevin Kelly on possible political consequences of the Wikipedia phenomenon, excerpted from his brief essay. He changed his initial assumption that an encyclopedia editable by anyone would be an impossibility. This commentary has a rather different spirit than yesterday's post on the internet phenomenon. 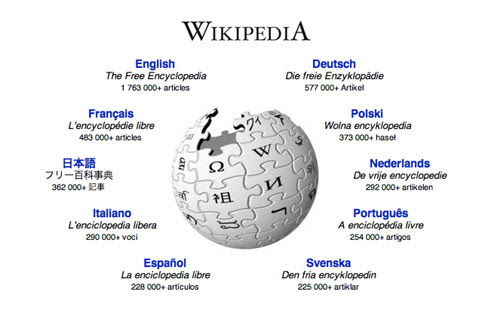 It has always been clear that collectives amplify power — that is what cities and civilizations are — but what's been the big surprise for me is how minimal the tools and oversight are needed. The bureaucracy of Wikipedia is relatively so small as to be invisible. It's the Wiki's embedded code-based governance, versus manager-based governance that is the real news. Yet the greatest surprise brought by the Wikipedia is that we still don't know how far this power can go. We haven't seen the limits of wiki-ized intelligence. Can it make textbooks, music and movies? What about law and political governance?

The reality of a working Wikipedia has made a type of communitarian socialism not only thinkable, but desirable. Along with other tools such as open-source software and open-source everything, this communtarian bias runs deep in the online world...In other words it runs deep in this young next generation. It may take several decades for this shifting world perspective to show its full colors. When you grow up knowing rather than admitting that such a thing as the Wikipedia works; when it is obvious to you that open source software is better; when you are certain that sharing your photos and other data yields more than safeguarding them — then these assumptions will become a platform for a yet more radical embrace of the commonwealth. I hate to say it but there is a new type of communism or socialism loose in the world, although neither of these outdated and tinged terms can accurately capture what is new about it.

The Wikipedia has changed my mind, a fairly steady individualist, and lead me toward this new social sphere. I am now much more interested in both the new power of the collective, and the new obligations stemming from individuals toward the collective. In addition to expanding civil rights, I want to expand civil duties. I am convinced that the full impact of the Wikipedia is still subterranean, and that its mind-changing power is working subconsciously on the global millennial generation, providing them with an existence proof of a beneficial hive mind, and an appreciation for believing in the impossible.

Posted by Deric Bownds at 7:00 AM
Email ThisBlogThis!Share to TwitterShare to FacebookShare to Pinterest
Blog Categories: culture/politics, social cognition, technology