Experimental Philosophy - moving out of the armchair? 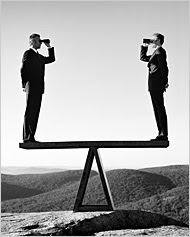 The Dec. 9 New York Times Magazine has a fascinating article by Kwame Appiah that I have been meaning to mention, on the new philosophical trend of designing explicit experiments - many to probe the classic philosophical concept of intentionality. The following sort of result is now called the "Knobe effect" after the philosophy graduate student who devised the experiment (and the article describes a number of further experiments):

I don’t know where you ended up, but in one survey, only 23 percent of people said that the chairman in the first situation had intentionally helped the environment. When they had to think about the second situation, though, fully 82 percent thought that the chairman had intentionally harmed the environment. There’s plenty to be said about these interestingly asymmetrical results.

... is it a good thing that we attribute intention in the curious way that we do, and if so, why? (Is the Knobe effect a bug or a feature?) You can conduct more research to try to clarify matters, but you’re left having to interpret the findings; they don’t interpret themselves. There always comes a point where the clipboards and questionnaires and M.R.I. scans have to be put aside. To sort things out, it seems, another powerful instrument is needed. Let’s see — there’s one in the corner, over there. The springs are sagging a bit, and the cushions are worn, but never mind. That armchair will do nicely.

Posted by Deric Bownds at 6:30 AM
Email ThisBlogThis!Share to TwitterShare to FacebookShare to Pinterest
Blog Categories: evolutionary psychology, psychology