We Differ More Than We Thought 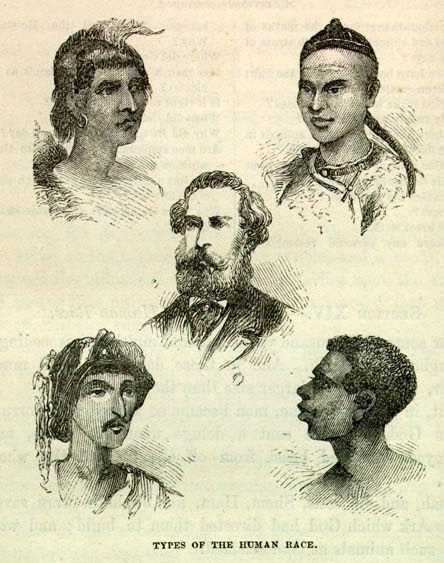 This essay by Mark Pagel is worth passing on in its entirety:

The last thirty to forty years of social science has brought an overbearing censorship to the way we are allowed to think and talk about the diversity of people on Earth. People of Siberian descent, New Guinean Highlanders, those from the Indian sub-continent, Caucasians, Australian aborigines, Polynesians, Africans — we are, officially, all the same: there are no races.

Flawed as the old ideas about race are, modern genomic studies reveal a surprising, compelling and different picture of human genetic diversity. We are on average about 99.5% similar to each other genetically. This is a new figure, down from the previous estimate of 99.9%. To put what may seem like miniscule differences in perspective, we are somewhere around 98.5% similar, maybe more, to chimpanzees, our nearest evolutionary relatives.

The new figure for us, then, is significant. It derives from among other things, many small genetic differences that have emerged from studies that compare human populations. Some confer the ability among adults to digest milk, others to withstand equatorial sun, others yet confer differences in body shape or size, resistance to particular diseases, tolerance to hot or cold, how many offspring a female might eventually produce, and even the production of endorphins — those internal opiate-like compounds.

We also differ by surprising amounts in the numbers of copies of some genes we have. Modern humans spread out of Africa only within the last 60-70,000 years, little more than the blink of an eye when stacked against the 6 million or so years that separate us from our Great Ape ancestors. The genetic differences amongst us reveal a species with a propensity to form small and relatively isolated groups on which natural selection has often acted strongly to promote genetic adaptations to particular environments.

We differ genetically more than we thought, but we should have expected this: how else but through isolation can we explain a single species that speaks at least 7,000 mutually unintelligible languages around the World?

What this all means is that, like it or not, there may be many genetic differences among human populations — including differences that may even correspond to old categories of 'race' — that are real differences in the sense of making one group better than another at responding to some particular environmental problem. This in no way says one group is in general 'superior' to another, or that one group should be preferred over another. But it warns us that we must be prepared to discuss genetic differences among human populations.

Posted by Deric Bownds at 5:30 AM
Email ThisBlogThis!Share to TwitterShare to FacebookShare to Pinterest
Blog Categories: genes, human evolution