Why men are at the top. 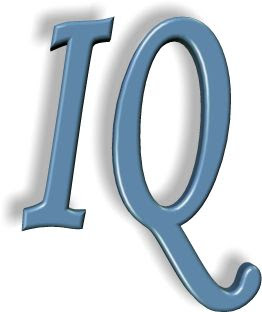 Helena Cronin presents an interesting idea about why men walk off with most of the top positions and prizes that sidesteps the usual assumption of average differences between men and women in innate talents, tastes and temperaments. She notes that there not only more Nobels, but also more dumbbells among men, and suggests that it is a fourth "T" that most decisively shapes the distinctive structure of male — female differences. Some clips from her essay:

That T is Tails — the tails of these statistical distributions. Females are much of a muchness, clustering round the mean. But, among males, the variance — the difference between the most and the least, the best and the worst — can be vast. So males are almost bound to be over-represented both at the bottom and at the top...Consider the mathematics sections in the USA's National Academy of Sciences: 95% male. Which contributes most to this predominance — higher means or larger variance? One calculation yields the following answer. If the sex difference between the means was obliterated but the variance was left intact, male membership would drop modestly to 91%. But if the means were left intact but the difference in the variance was obliterated, male membership would plummet to 64%. The overwhelming male predominance stems largely from greater variance...Similarly, consider the most intellectually gifted of the USA population, an elite 1%. The difference between their bottom and top quartiles is so wide that it encompasses one-third of the entire ability range in the American population, from IQs above 137 to IQs beyond 200. And who's overwhelmingly in the top quartile? Males. Look, for instance, at the boy:girl ratios among adolescents for scores in mathematical-reasoning tests: scores of at least 500, 2:1; scores of at least 600, 4:1; scores of at least 700, 13.1.

The legacy of natural selection is twofold: mean differences in the 3 Ts and males generally being more variable; these two features hold for most sex differences in our species and, as Darwin noted, greater male variance is ubiquitous across the entire animal kingdom...The upshot? When we're dealing with evolved sex differences, we should expect that the further out we go along the right curve, the more we will find men predominating. So there we are: whether or not there are more male dumbbells, there will certainly be — both figuratively and actually — more male Nobels.

Unfortunately, however, this is not the prevailing perspective in current debates, particularly where policy is concerned. On the contrary, discussions standardly zoom in on the means and blithely ignore the tails. So sex differences are judged to be small. And thus it seems that there's a gaping discrepancy: if women are as good on average as men, why are men overwhelmingly at the top? The answer must be systematic unfairness — bias and barriers. Therefore, so the argument runs, it is to bias and barriers that policy should be directed. And so the results of straightforward facts of statistical distribution get treated as political problems

Posted by Deric Bownds at 7:00 AM
Email ThisBlogThis!Share to TwitterShare to FacebookShare to Pinterest
Blog Categories: culture/politics, evolution/debate, sex