Why can't we perform perfectly?

Some fascinating experiments by Tumer and Brainar on songbirds inform me on why I am not able to perform a completely learned and exhaustively practiced piano piece the same way each time I bang it out.... from the Nature Editor's review of their article: 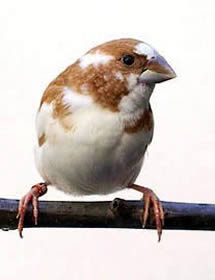 Why is it that even the best-trained athletes and musicians cannot perform perfectly? One thought is that residual variability in performance is 'noise' that reflects fundamental limits on our ability to control our movements. Experiments using the exceptionally well-rehearsed songs of adult songbirds as a model point to an alternative explanation. Computerized monitoring of the apparently stereotyped songs of adult Bengalese finches revealed minuscule variations in performance. When the birds were given corrections each time the song varied beyond a certain limit, they rapidly learned to adapt their vocalizations. The implication is that once learned, songs can be maintained despite subtle changes to the vocal system due to factors such as ageing. So behavioural 'noise', rather than simply being a nuisance, may reflect experimentation by the nervous system to refine performance.

The abstract from Rumer and Brainar:

Significant trial-by-trial variation persists even in the most practiced skills. One prevalent view is that such variation is simply 'noise' that the nervous system is unable to control or that remains below threshold for behavioural relevance. An alternative hypothesis is that such variation enables trial-and-error learning, in which the motor system generates variation and differentially retains behaviours that give rise to better outcomes. Here we test the latter possibility for adult bengalese finch song. Adult birdsong is a complex, learned motor skill that is produced in a highly stereotyped fashion from one rendition to the next. Nevertheless, there is subtle trial-by-trial variation even in stable, 'crystallized' adult song. We used a computerized system to monitor small natural variations in the pitch of targeted song elements and deliver real-time auditory disruption to a subset of those variations. Birds rapidly shifted the pitch of their vocalizations in an adaptive fashion to avoid disruption. These vocal changes were precisely restricted to the targeted features of song. Hence, birds were able to learn effectively by associating small variations in their vocal behaviour with differential outcomes. Such a process could help to maintain stable, learned song despite changes to the vocal control system arising from ageing or injury. More generally, our results suggest that residual variability in well learned skills is not entirely noise but rather reflects meaningful motor exploration that can support continuous learning and optimization of performance.