Cortical evolution and skilled hand use.

Unlike other New World species, such as squirrel monkeys, that exclusively use a power grip, cebus monkeys frequently use a precision grip in which the thumb and forefinger are brought into contact with one another to manipulate small objects, or engage in goal-directed tool use. Such a precision grip is observed in many old world monkey species, such as the macaques. Padberg et al. find:

..Unlike other New World Monkeys, but much like the macaque monkey, cebus monkeys possess a proprioceptive cortical area 2 and a well developed area 5, which is associated with motor planning and the generation of internal body coordinates necessary for visually guided reaching, grasping, and manipulation.

This is an example of parallel evolution:

...The similarity of these fields in cebus monkeys and distantly related macaque monkeys with similar manual abilities indicates that the range of cortical organizations that can emerge in primates is constrained, and those that emerge are the result of highly conserved developmental mechanisms that shape the boundaries and topographic organizations of cortical areas. 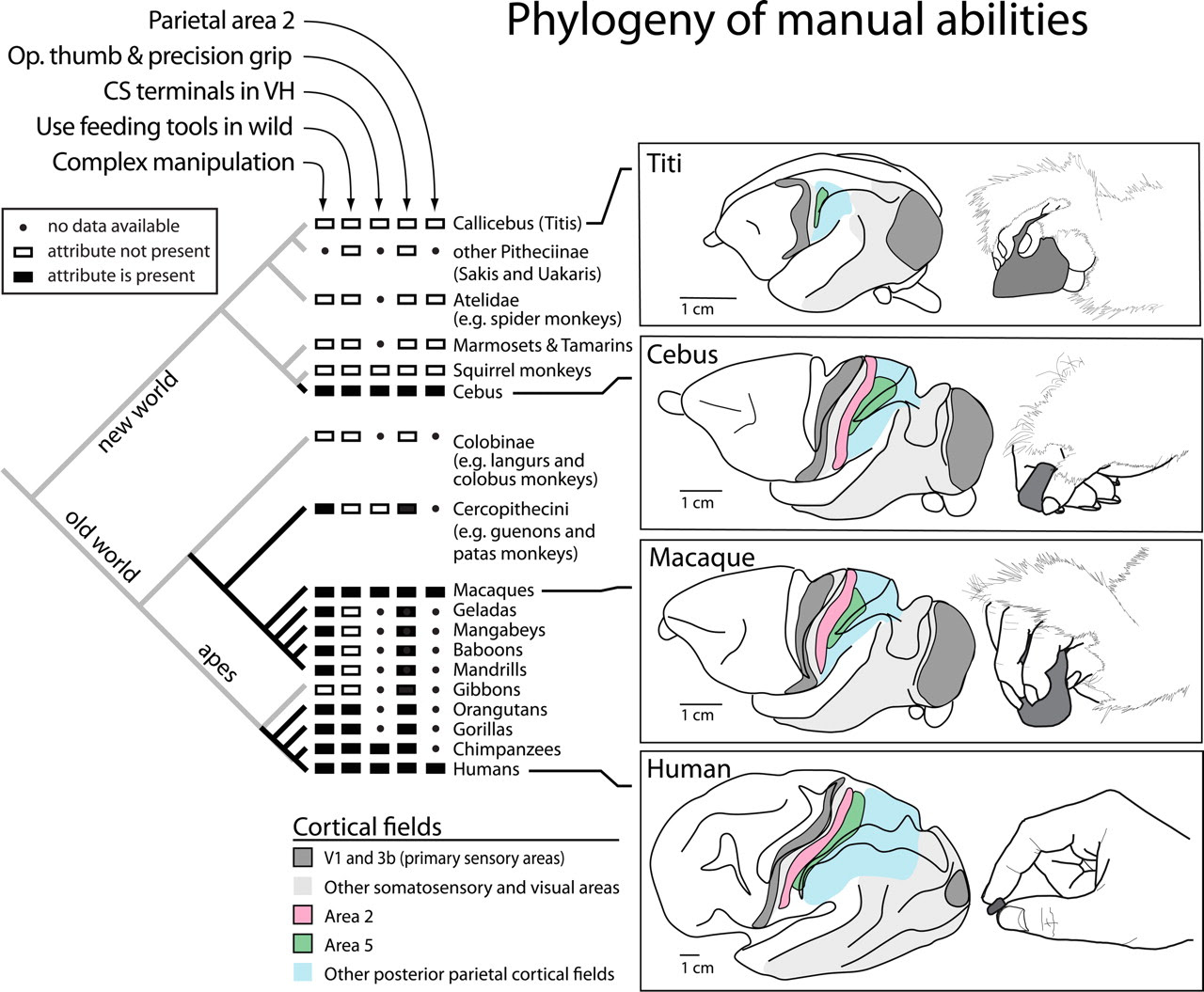 Left, Primate cladogram showing which primate taxa have the following characteristics related to manual control: complex manipulation (e.g., grasping food with one hand and peeling it with the other), use of feeding tools, corticospinal (CS) terminals in ventral horn (VH), opposable (or laterally opposable) thumb, and presence of parietal area 2. Filled box, Characteristic is present. Unfilled box: characteristic has been sufficiently tested and is absent. Right, Parietal areas and representative grasp postures traced from photographs in five primate species.
[Note: pink and green indicate areas 2 and 5 mentioned above.)

Posted by Deric Bownds at 6:40 AM
Email ThisBlogThis!Share to TwitterShare to FacebookShare to Pinterest
Blog Categories: evolution/debate