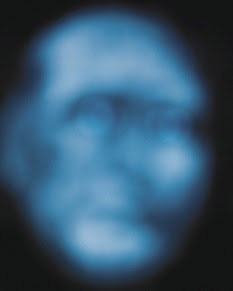 I want to point you to an excellent article by Jerome Groopman, with the title of this post, that appeared in a recent New Yorker Magazine. It describes recent work showing that brain imaging of some vegetative patients reveals responses to faces, and other visual and auditory inputs, that are indistinguishable from those of normal subjects (note: there are approximately 35,000 Americans in a vegetative state and another 280,000 in a minimally conscious state). Responses during various mental tasks, such as resolving ambiguous sentences or imagining playing a tennis game, can also be normal. This shows that an assumption held by doctors for decades - that vegetative patients lack capacity for conscious thought - is incorrect. Other vegetative patients (such as Terri Schiavo), in contrast, can show almost no cortical activity.

This all suggests a better medical definition of consciousness is required - such as the ability to report to ourselves or others the content of the representations in our brains, to sustain these representations over time and broadcast them broadly within the brain.
Posted by Deric Bownds at 6:10 AM
Email ThisBlogThis!Share to TwitterShare to FacebookShare to Pinterest
Blog Categories: consciousness, unconscious