Meister and Iacoboni offer some interesting observations supporting the idea that language evolved as an exaptation from motor cortical systems. Here is some of their text and a central figure from the paper.

...functional magnetic resonance imaging (fMRI) was used while subjects watched video stimuli of hand-object-interactions and control photo stimuli of the objects and performed linguistic (conceptual and phonological), and perceptual tasks. Since stimuli were identical for linguistic and perceptual tasks, differential activations had to be related to task demands. The results revealed that the linguistic tasks activated left inferior frontal areas that were subsets of a large bilateral fronto-parietal network activated during action perception. Not a single cortical area demonstrated exclusive – or even simply higher - activation for the linguistic tasks compared to the action perception task.

The results show that linguistic tasks do not only share common neural representations but essentially activate a subset of the action observation network if identical stimuli are used. Our findings strongly support the evolutionary hypothesis that fronto-parietal systems matching action execution and observation were co-opted for language, a process known as exaptation. 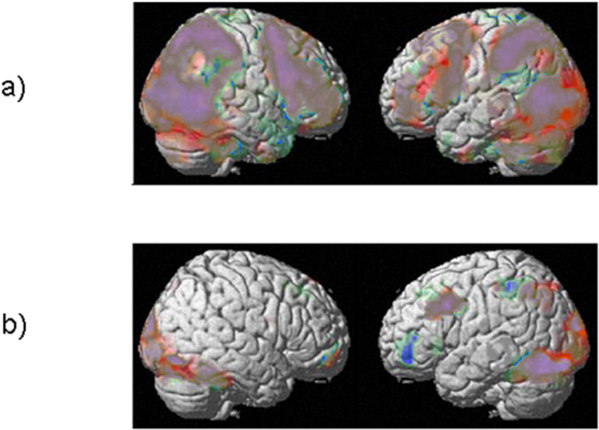 Posted by Deric Bownds at 6:30 AM
Email ThisBlogThis!Share to TwitterShare to FacebookShare to Pinterest
Blog Categories: human evolution, language