Will cognition-enhancing drugs become as acceptable as coffee? 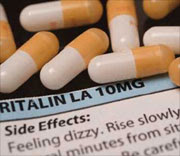 In my backlog of blog-postings-to-do is one on an article in the Dec. 27 issue of Nature on the use of cognition-enhancing drugs not only to treat cognitive disabilities, but also to enhance performance in those without medical issues (Nature 450, 1157–1159; 2007). Two drugs commonly used to reduced extraneous activity and focus attention are methylphenidate (Ritalin) and atomoxetine; both increase brain levels of the neurotransmitter noradrenaline. Sahakia and Morein-Zamir pose a series of questions whose answers become increasingly less obvious, and invite responses in an online forum:

-Should adults with severe memory and concentration problems from neuropsychiatric disorders be given cognitive-enhancing drugs?
-If drugs can be shown to have mild side effects, should they be prescribed more widely for other psychiatric disorders?
-Do the same arguments apply for young children and adolescents with neuropsychiatric disorders, such as those with ADHD?
-Would you boost your own brain power?
-How would you react if you knew your colleagues — or your students — were taking cognitive enhancers?
-How should society react?

I have now received a message from the Nature people, sent to a number of bloggers in the brain and behavior area, suggesting that readers check out some responses to this article and also participate in a survey.
Posted by Deric Bownds at 8:00 AM
Email ThisBlogThis!Share to TwitterShare to FacebookShare to Pinterest
Blog Categories: attention/perception