Taken from an article by Kirkwood on a systems biology approach to longevity... 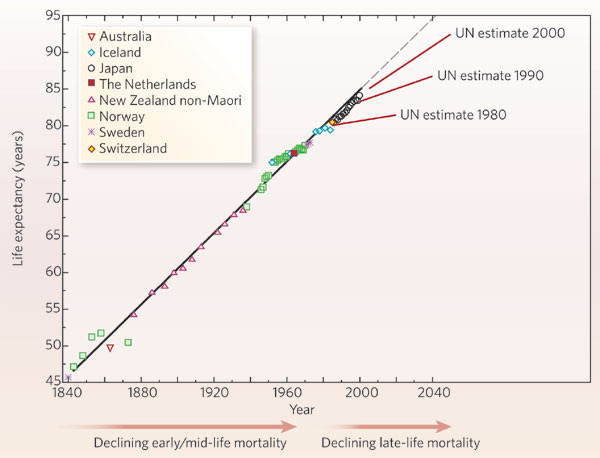 The graph shows the life expectancy in the then longest-living country. During the nineteenth and early twentieth centuries, the increase was driven mainly by improvements in sanitation, housing and education, causing a steady decline in early and mid-life mortality, which was chiefly due to infections. This trend continued with the development of vaccines and then antibiotics. By the latter half of the twentieth century, there was little room for further reduction in early and mid-life mortality. The continuing increase is due almost entirely to a new phenomenon: the decline in late-life mortality.
Posted by Deric Bownds at 7:00 AM
Email ThisBlogThis!Share to TwitterShare to FacebookShare to Pinterest
Blog Categories: aging, culture/politics