Video games trigger reward and addiction centers of the brain, just like cocaine. Hoeft et. al. at Stanford have compared the activation of these centers in men's and women's brains as they played video games and found them to be more active in male than in female participants. Males showed greater activation and functional connectivity compared to females in the mesocorticolimbic system. The more the men won, the stronger their brain activity. Women's responses were less intense and didn't correlate with winning. This may have something to do with why men seem to become addicted to video games much more easily than women. 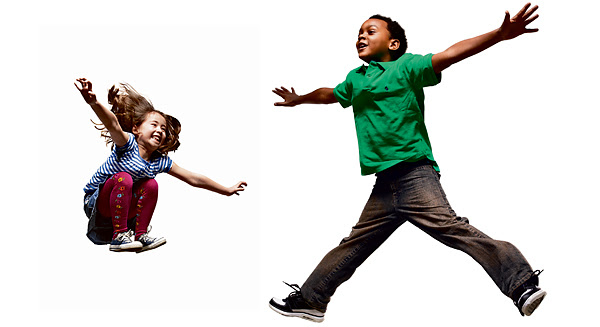 There is an interesting and more general article by Robin Henig on play in animals and humans in the New York Times Magazine. The general consensus is that play activity is very important in the development of social intelligence and the ability to respond to rapidly changing situations. It turns out that the rise and decay of play activity in animals corresponds closely to the development curve of the cerebellum, which is important in skilled movements. In one interesting study, experimenters:

...raised 12 female rats from the time they were weaned until puberty under one of two conditions. In the control group, each rat was caged with three other female juveniles. In the experimental group, each rat was caged with three female adults. Pellis knew from previous studies that the rats caged with adults would not play, since adult rats rarely play with juveniles, even their own offspring. They would get all the other normal social experiences the control rats had — grooming, nuzzling, touching, sniffing — but they would not get play... (in) the rats raised in a play-deprived environment, they found a more immature pattern of neuronal connections in the medial prefrontal cortex... less selective pruning of cells and a more tangled, immature medial prefrontal cortex in play-deprived rats might mean that the rat will be less able to make subtle adjustments to the social world.

There are numerous theories about the function of play. It doesn't seem unreasonable that that the fragmentary, disorderly, unpredictable, exaggerated, improvised, vertiginous, and nonsensical nature of play trains the brain allows for a wider behavioral repertory and perhaps more competence in responding to novel or unforeseen situations.
Posted by Deric Bownds at 6:30 AM
Email ThisBlogThis!Share to TwitterShare to FacebookShare to Pinterest
Blog Categories: animal behavior, human development, social cognition