Creating new worlds - science and fiction as the same thing 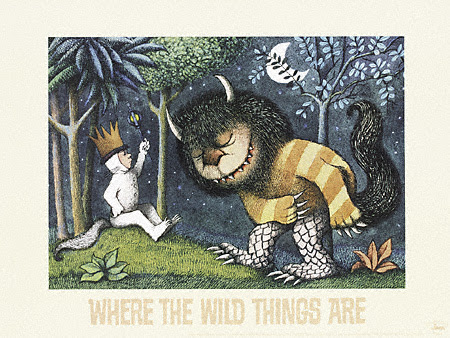 Alison Gopnik has an interesting take on why children pretend much of the time and spend time in imaginary worlds:

Recently, I've had to change my mind about the very nature of knowledge because of an obvious, but extremely weird fact about children - they pretend all the time. Walk into any preschool and you'll be surrounded by small princesses and superheroes in overalls - three-year-olds literally spend more waking hours in imaginary worlds than in the real one. Why? Learning about the real world has obvious evolutionary advantages and kids do it better than anyone else. But why spend so much time thinking about wildly, flagrantly unreal worlds? The mystery about pretend play is connected to a mystery about adult humans - especially vivid for an English professor's daughter like me. Why do we love obviously false plays and novels and movies?

The greatest success of cognitive science has been our account of the visual system. There's a world out there sending information to our eyes, and our brains are beautifully designed to recover the nature of that world from that information. I've always thought that science, and children's learning, worked the same way. Fundamental capacities for causal inference and learning let scientists, and children, get an accurate picture of the world around them - a theory. Cognition was the way we got the world into our minds.

But fiction doesn't fit that picture - its easy to see why we want the truth but why do we work so hard telling lies? I thought that kids' pretend play, and grown-up fiction, must be a sort of spandrel, a side-effect of some other more functional ability. I said as much in a review in Science and got floods of e-mail back from distinguished novel-reading scientists. They were all sure fiction was a Good Thing - me too, of course, - but didn't seem any closer than I was to figuring out why.

So the anomaly of pretend play has been bugging me all this time. But finally, trying to figure it out has made me change my mind about the very nature of cognition itself.

I still think that we're designed to find out about the world, but that's not our most important gift. For human beings the really important evolutionary advantage is our ability to create new worlds. Look around the room you're sitting in. Every object in that room - the right angle table, the book, the paper, the computer screen, the ceramic cup was once imaginary. Not a thing in the room existed in the pleistocene. Every one of them started out as an imaginary fantasy in someone's mind. And that's even more true of people - all the things I am, a scientist, a philosopher, an atheist, a feminist, all those kinds of people started out as imaginary ideas too. I'm not making some relativist post-modern point here, right now the computer and the cup and the scientist and the feminist are as real as anything can be. But that's just what our human minds do best - take the imaginary and make it real. I think now that cognition is also a way we impose our minds on the world.

In fact, I think now that the two abilities - finding the truth about the world and creating new worlds-are two sides of the same coins. Theories, in science or childhood, don't just tell us what's true - they tell us what's possible, and they tell us how to get to those possibilities from where we are now. When children learn and when they pretend they use their knowledge of the world to create new possibilities. So do we whether we are doing science or writing novels. I don't think anymore that Science and Fiction are just both Good Things that complement each other. I think they are, quite literally, the same thing.

Posted by Deric Bownds at 7:20 AM
Email ThisBlogThis!Share to TwitterShare to FacebookShare to Pinterest
Blog Categories: human development