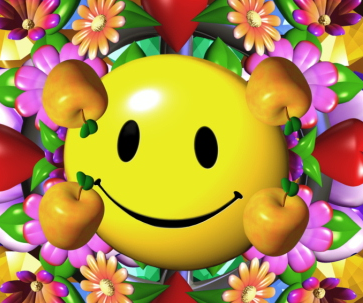 An interesting shift in opinion on what we thought we knew about measuring happiness from Nobel laureate Daniel Kahneman:

Ten years ago the generally accepted position was that there is considerable hedonic adaptation to life conditions. The effects of circumstances on life satisfaction appeared surprisingly small: the rich were only slightly more satisfied with their lives than the poor, the married were happier than the unmarried but not by much, and neither age nor moderately poor health diminished life satisfaction. Evidence that people adapt — though not completely — to becoming paraplegic or winning the lottery supported the idea of a "hedonic treadmill": we move but we remain in place. The famous "Easterlin paradox" seemed to nail it down: Self-reported life satisfaction has changed very little in prosperous countries over the last fifty years, in spite of large increases in the standard of living.

Hedonic adaptation is a troubling concept, regardless of where you stand on the political spectrum. If you believe that economic growth is the key to increased well-being, the Easterlin paradox is bad news. If you are a compassionate liberal, the finding that the sick and the poor are not very miserable takes wind from your sails. And if you hope to use a measure of well-being to guide social policy you need an index that will pick up permanent effects of good policies on the happiness of the population.

...an idea that seemed to solve these difficulties: perhaps people's satisfaction with their life is not the right measure of well-being. ..happy people have high aspirations. The aspiration treadmill offered an appealing solution to the puzzles of adaptation: it suggested that measure of life satisfaction underestimate the well-being benefits of life circumstances such as income, marital status or living in California. The hope was that measures of experienced happiness would be more sensitive.

Then after a series of experiments thoroughly refuted this hypothesis, further problems with the original issue:

...recent findings from the Gallup World Poll raise doubts about the puzzle itself. The most dramatic result is that when the entire range of human living standards is considered, the effects of income on a measure of life satisfaction (the "ladder of life") are not small at all. We had thought income effects are small because we were looking within countries. The GDP differences between countries are enormous, and highly predictive of differences in life satisfaction. In a sample of over 130,000 people from 126 countries, the correlation between the life satisfaction of individuals and the GDP of the country in which they live was over .40 – an exceptionally high value in social science. Humans everywhere, from Norway to Sierra Leone, apparently evaluate their life by a common standard of material prosperity, which changes as GDP increases. The implied conclusion, that citizens of different countries do not adapt to their level of prosperity, flies against everything we thought we knew ten years ago. We have been wrong and now we know it. I suppose this means that there is a science of well-being, even if we are not doing it very well.

Posted by Deric Bownds at 6:30 AM
Email ThisBlogThis!Share to TwitterShare to FacebookShare to Pinterest
Blog Categories: happiness, psychology