Need something to worry about? Climate tipping points... 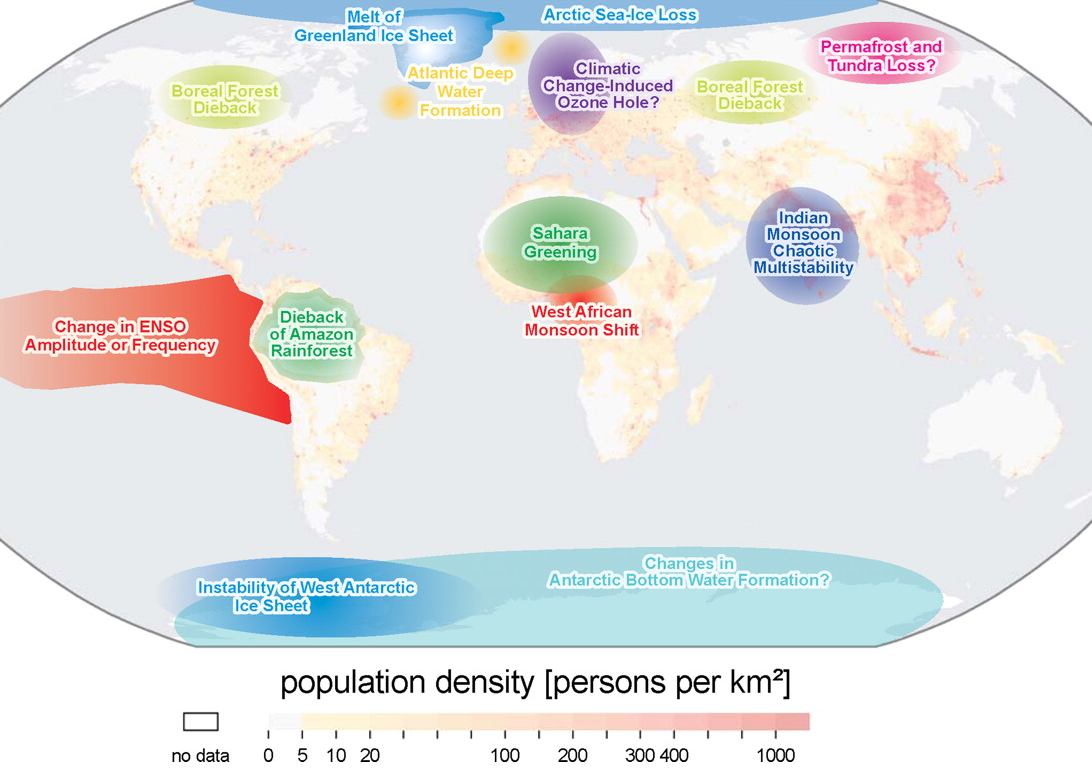 This graphic is from an open access article in PNAS by Lenton et al. on tipping elements in the earth's climate system. You probably need to click on the graphic to make it larger; the color indicating the population densities is hard to see. In the same issue of PNAS, there is an article on how when it get warm (as in the Paleocene – Eocene Thermal Maximum caused by a carbon dioxide increase about 55 million years ago), the insects chow down on the plants.

Legend for graphic - Map of potential policy-relevant tipping elements in the climate system, overlain on global population density. Subsystems indicated could exhibit threshold-type behavior in response to anthropogenic climate forcing, where a small perturbation at a critical point qualitatively alters the future fate of the system. They could be triggered this century and would undergo a qualitative change within this millennium. We exclude from the map systems in which any threshold appears inaccessible this century (e.g., East Antarctic Ice Sheet) or the qualitative change would appear beyond this millennium (e.g., marine methane hydrates). Question marks indicate systems whose status as tipping elements is particularly uncertain.

Posted by Deric Bownds at 6:00 AM
Email ThisBlogThis!Share to TwitterShare to FacebookShare to Pinterest
Blog Categories: culture/politics, evolution/debate, futures