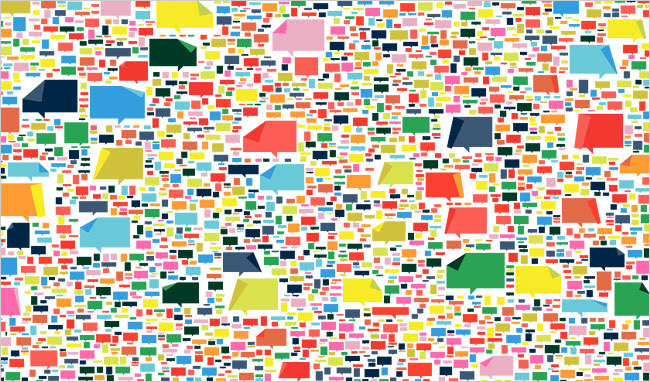 Several years ago I set up a facebook account, looked up the pages of the students who were taking my seminar course, and at the end of the term told them about my experiment. They were mortified to find the professor had seen their self revelations about their sexual and boozing habits - as anyone on the web could have done. Now my daughter and her friends are broadcasting their latest moods and movements via the FaceBook feed, twitter, etc. This sort of freaks me out, the last thing I want is to surrender the last vestiges of my privacy to the greater web community. But, as Clive Thompson points out in his New York Times Magazine article, this new kind of ambient intimacy makes possible a kind of awareness of others not possible before .

Social scientists have a name for this sort of incessant online contact. They call it “ambient awareness.” It is, they say, very much like being physically near someone and picking up on his mood through the little things he does — body language, sighs, stray comments — out of the corner of your eye. Facebook is no longer alone in offering this sort of interaction online. In the last year, there has been a boom in tools for “microblogging”: posting frequent tiny updates on what you’re doing. ... One of the most popular new tools is Twitter, a Web site and messaging service that allows its two-million-plus users to broadcast to their friends haiku-length updates — limited to 140 characters, as brief as a mobile-phone text message — on what they’re doing. There are other services for reporting where you’re traveling (Dopplr) or for quickly tossing online a stream of the pictures, videos or Web sites you’re looking at (Tumblr). And there are even tools that give your location. When the new iPhone, with built-in tracking, was introduced in July, one million people began using Loopt, a piece of software that automatically tells all your friends exactly where you are.

This is the paradox of ambient awareness. Each little update — each individual bit of social information — is insignificant on its own, even supremely mundane. But taken together, over time, the little snippets coalesce into a surprisingly sophisticated portrait of your friends’ and family members’ lives, like thousands of dots making a pointillist painting. This was never before possible, because in the real world, no friend would bother to call you up and detail the sandwiches she was eating. The ambient information becomes like “a type of E.S.P.,” as Haley described it to me, an invisible dimension floating over everyday life.

You could also regard the growing popularity of online awareness as a reaction to social isolation, the modern American disconnectedness that Robert Putnam explored in his book “Bowling Alone.” The mobile workforce requires people to travel more frequently for work, leaving friends and family behind, and members of the growing army of the self-employed often spend their days in solitude. Ambient intimacy becomes a way to “feel less alone,” as more than one Facebook and Twitter user told me.

Posted by Deric Bownds at 5:45 AM
Email ThisBlogThis!Share to TwitterShare to FacebookShare to Pinterest