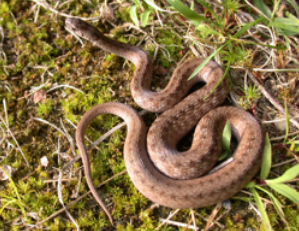 Monkeys very rapidly learn to fear snakes simply from seeing another monkey react fearfully to the presence of a snake. There has been a question of whether our human aversion to snake forms requires such learning, or might develop autonomously. Experiments by LoBue and DeLoache support the idea that our visual systems employ an innate developmental sequence to develop a heightened awareness of snake like forms very early in development, independent of actual direct or indirect experience of snakes. 3-5 year olds preferentially attended to snake pictures, even compared with pictures of caterpillars (as well as pictures of flowers or frogs), and this preference was the same in the presence or absence of previous exposure to snakes or snake images. 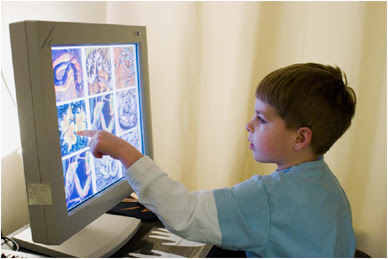 A preschool child identifying the single flower target among eight snake distractors by touching the flower image on a touch-screen monitor.
Posted by Deric Bownds at 6:30 AM
Email ThisBlogThis!Share to TwitterShare to FacebookShare to Pinterest
Blog Categories: fear/anxiety/stress, human development