A hierarchy of temporal receptive windows in our brains

Here is the abstract from a fascinating study by Hasson et al. on how our visual system assembles time narratives - as during watching a movie - followed by part of one of the figures from the paper: 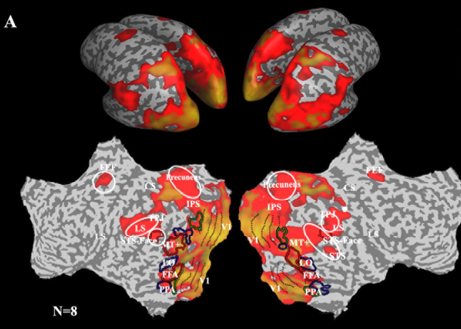 Posted by Deric Bownds at 6:00 AM
Email ThisBlogThis!Share to TwitterShare to FacebookShare to Pinterest
Blog Categories: attention/perception, consciousness