Who's Minding the Mind? 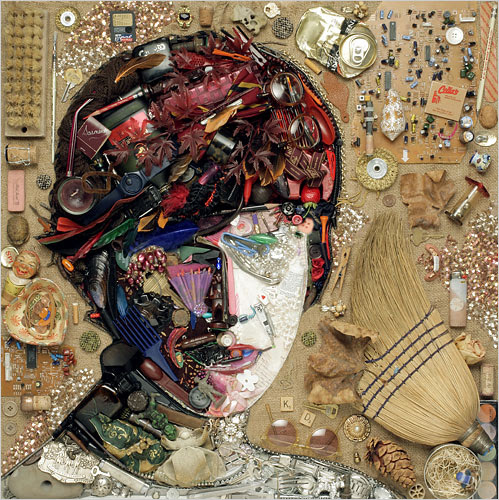 There is a great article with the title of this post by Benedict Carey in the July 31 NYTimes Science section (PDF here). It deals with a topics touched on by many posts in this blog: how our unconscious mind nudges our actions and decisions. The process is usually refered to as "priming." Here are a few clips from the article:

...study participants, college students, had no idea that their social instincts were being deliberately manipulated. On the way to the laboratory, they had bumped into a laboratory assistant, who was holding textbooks, a clipboard, papers and a cup of hot or iced coffee — and asked for a hand with the cup....That was all it took: The students who held a cup of iced coffee rated a hypothetical person they later read about as being much colder, less social and more selfish than did their fellow students, who had momentarily held a cup of hot java.

...people tidy up more thoroughly when there’s a faint tang of cleaning liquid in the air; they become more competitive if there’s a briefcase in sight, or more cooperative if they glimpse words like “dependable” and “support” — all without being aware of the change, or what prompted it.

The article mentions a study cited in a previous post here:

... a team of English and French neuroscientists performed brain imaging on 18 men and women who were playing a computer game for money. The players held a handgrip and were told that the tighter they squeezed when an image of money flashed on the screen, the more of the loot they could keep...As expected, the players squeezed harder when the image of a British pound flashed by than when the image of a penny did — regardless of whether they consciously perceived the pictures, many of which flew by subliminally. But the circuits activated in their brains were similar as well: an area called the ventral pallidum was particularly active whenever the participants responded...This area is located in what used to be called the reptilian brain, well below the conscious areas of the brain...The results suggest a “bottom-up” decision-making process, in which the ventral pallidum is part of a circuit that first weighs the reward and decides, then interacts with the higher-level, conscious regions later, if at all.

Scientists have spent years trying to pinpoint the exact neural regions that support conscious awareness, so far in vain. But there’s little doubt it involves the prefrontal cortex, the thin outer layer of brain tissue behind the forehead, and experiments like this one show that it can be one of the last neural areas to know when a decision is made...This bottom-up order makes sense from an evolutionary perspective. The subcortical areas of the brain evolved first and would have had to help individuals fight, flee and scavenge well before conscious, distinctly human layers were added later in evolutionary history. In this sense, unconscious goals can be seen as open-ended, adaptive agents acting on behalf of the broad, genetically encoded aims — automatic survival systems.

...the new research on priming makes it clear that we are not alone in our own consciousness. We have company, an invisible partner who has strong reactions about the world that don’t always agree with our own, but whose instincts, these studies clearly show, are at least as likely to be helpful, and attentive to others, as they are to be disruptive.