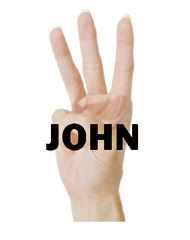 The Median, the Math and the Sex

David Gale, eminent emeritus mathematics professor at the University of California, Berkeley, member of the National Academy of Sciences, household name in certain rarefied circles, wanted to sound off about sex surveys. Over and over again, he said, they report results that logic dictates can’t be right. The total number of sex partners for men, he said, must equal the total number for women.

So when I said I’d write about that for The New York Times, he was delighted. Do you think I’ll get a response, he asked?

Little did he know. The moment the article hit The Times’s Web site last weekend, the e-mail messages flew and a discussion ensued that might be bewildering to the nonmathematician.

Gotcha, readers said: Data in one of the surveys cited, they said, reported the median numbers of sexual partners — and Dr. Gale’s argument, they said, only holds for the average number of partners.

Some were polite. Andrew Odlyzko, a mathematician at the University of Minnesota, wrote, “David Gale’s argument is unimpeachable” but there is this problem of medians.

Others were blunt: “Theorem: Professor Gale never went to prom. Proof: His High School Prom Theorem fatally assumes that everyone has a partner for every dance and no one ever sits out. The alternative is he has confused medians (at issue in the article) with means (averages, not middle-points in data), a rather elementary mistake for an emeritus professor of mathematics at Berkeley.”

The problem, Dr. Gale says, is that people leapt to conclusions. He had looked at the actual data from the survey citing medians and found that it could not possibly be correct. Of course he knew the difference between a median and a mean.

He wrote an explanation to send out to his numerous correspondents. But the e-mail messages kept coming.

A few correspondents, at least, were gracious. James Smith, an economist at the RAND Corporation, replied: “Yes, my point was only that of a nerd,” he wrote. “I have no doubt that the puzzle you pointed out is indeed true and cannot be explained away by medians and means.”

For the unconvinced, Dr. Gale’s response:

What I did was to get a copy of the C.D.C. report and use the data in its tables. The C.D.C. groups people into four groups and gives percentage of men and women in each group

From these figures you can estimate the total partners claimed by each sex. I got between 40 percent and 75 percent more male than female partners depending on how you guess the average on each interval. Thus, the raw data is inconsistent (so it doesn’t matter whether you take averages or medians or any other statistic).

I hope this clarifies.

Posted by Deric Bownds at 6:30 AM
Email ThisBlogThis!Share to TwitterShare to FacebookShare to Pinterest
Blog Categories: sex