Conscious awareness not required for planning and execution of actions

Damage to parts of the visual cortex can cause blindsight or agnosia, in which conscious awareness of an object is absent but subject can still make accurate judgements about it. Binsted et al al offer an interesting demonstration that this phenomenon is is part of the normal functioning of the visual system. They used the masking paradigm shown in the figure below to abolish conscious perception of an object, and found that subjects could point to that object as easily as to one that was perceived. Here is their abstract, followed by the central figure.

After lesions to primary visual cortex, patients lack conscious awareness of visual stimuli. Interestingly, however, some retain the ability to make accurate judgments about the visual world (i.e., so-called blindsight). Similarly, damage to inferior occipitotemporal regions of cortex (e.g., lateral occipital cortex) can result in an inability to perceive object properties while retaining the ability to act on them (i.e., visual form agnosia). In the present work, we demonstrate that the ability to interact with objects in the absence of conscious awareness is not isolated to those with restricted neuropathologic conditions. Specifically, neurologically intact individuals are able to program and execute goal-directed reaching movements to a target object without awareness of extrinsic target properties; they accurately tune the dynamics of their movement and modulate it online without conscious access to features of the goal object. Thus, the planning and execution of actions are not dependent on conscious awareness of the environment, suggesting that the phenomenon of blindsight (and agnosia) reflect normal conditions of the visual system. 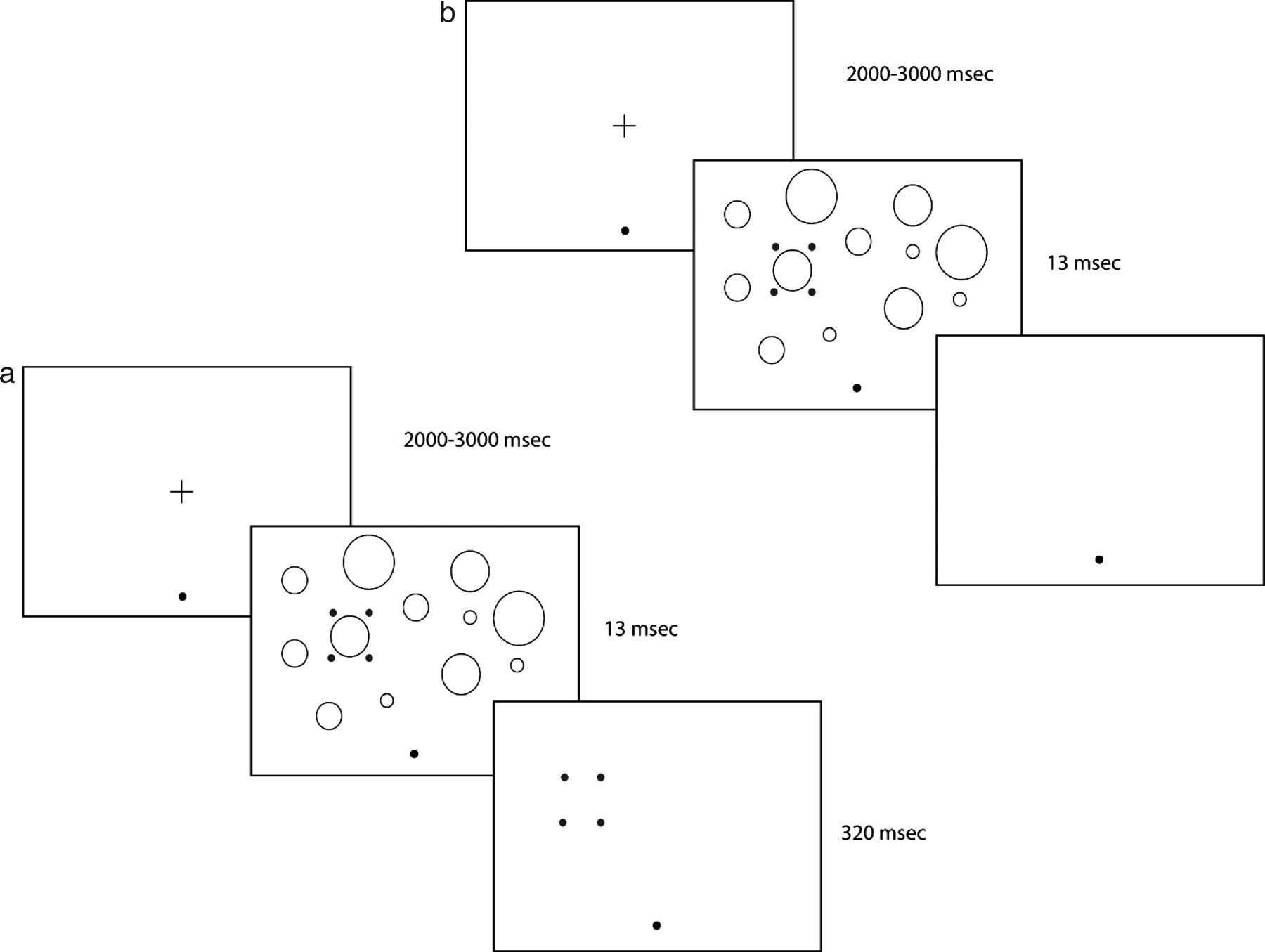 Fig. 1. Display sequence for experiment. Participants initially observed a fixation cross and home position. After a variable foreperiod (1–3 s), an array of circles appeared; one circle was identified as the target by 4 red cue circles. In all cases the participant was asked to point to the middle of the target as quickly and accurately as possible. (a) Unconscious condition. The red cue circles remained present after removal of the array. This results in object substitution masking (4, 14), where participants have no conscious access to target properties (e.g., size). (b) Conscious condition. The red cue circles were removed concurrently with the array. In this condition, participants could consciously report the target properties.

Posted by Deric Bownds at 6:30 AM
Email ThisBlogThis!Share to TwitterShare to FacebookShare to Pinterest
Blog Categories: attention/perception, unconscious