Toasting the Joys of Imbibing Properly 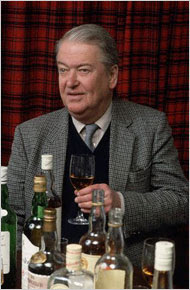 Check out this review by Dwight Garner of "EVERYDAY DRINKING - The Distilled Kingsley Amis". The book deals with more than the physical manifestations of a hangover:

...What also urgently needs to be treated, he observed, is the metaphysical hangover — “that ineffable compound of depression, sadness (these two are not the same), anxiety, self-hatred, sense of failure and fear for the future” that looms on the grizzled morning after...Amis recommended, among other things, a course of “hangover reading,” one that “rests on the principle that you must feel worse emotionally before you start to feel better. A good cry is the initial aim."..Thus he suggested beginning with Milton — “My own choice would tend to include the final scene of ‘Paradise Lost,’ ” he wrote, “with what is probably the most poignant moment in all our literature coming at lines 624-6” — before running through Aleksandr Solzhenitsyn, Eric Ambler and, finally, a poulticelike application of light comedies by P. G. Wodehouse and Peter De Vries.

Posted by Deric Bownds at 5:30 AM
Email ThisBlogThis!Share to TwitterShare to FacebookShare to Pinterest
Blog Categories: culture/politics, happiness