Socialization between toddlers and robots

How's this for a (horrific) vision of the future! The abstract from Tanaka et al., followed by one figure from the paper:

A state-of-the-art social robot was immersed in a classroom of toddlers for >5 months. The quality of the interaction between children and robots improved steadily for 27 sessions, quickly deteriorated for 15 sessions when the robot was reprogrammed to behave in a predictable manner, and improved in the last three sessions when the robot displayed again its full behavioral repertoire. Initially, the children treated the robot very differently than the way they treated each other. By the last sessions, 5 months later, they treated the robot as a peer rather than as a toy. Results indicate that current robot technology is surprisingly close to achieving autonomous bonding and socialization with human toddlers for sustained periods of time and that it could have great potential in educational settings assisting teachers and enriching the classroom environment. 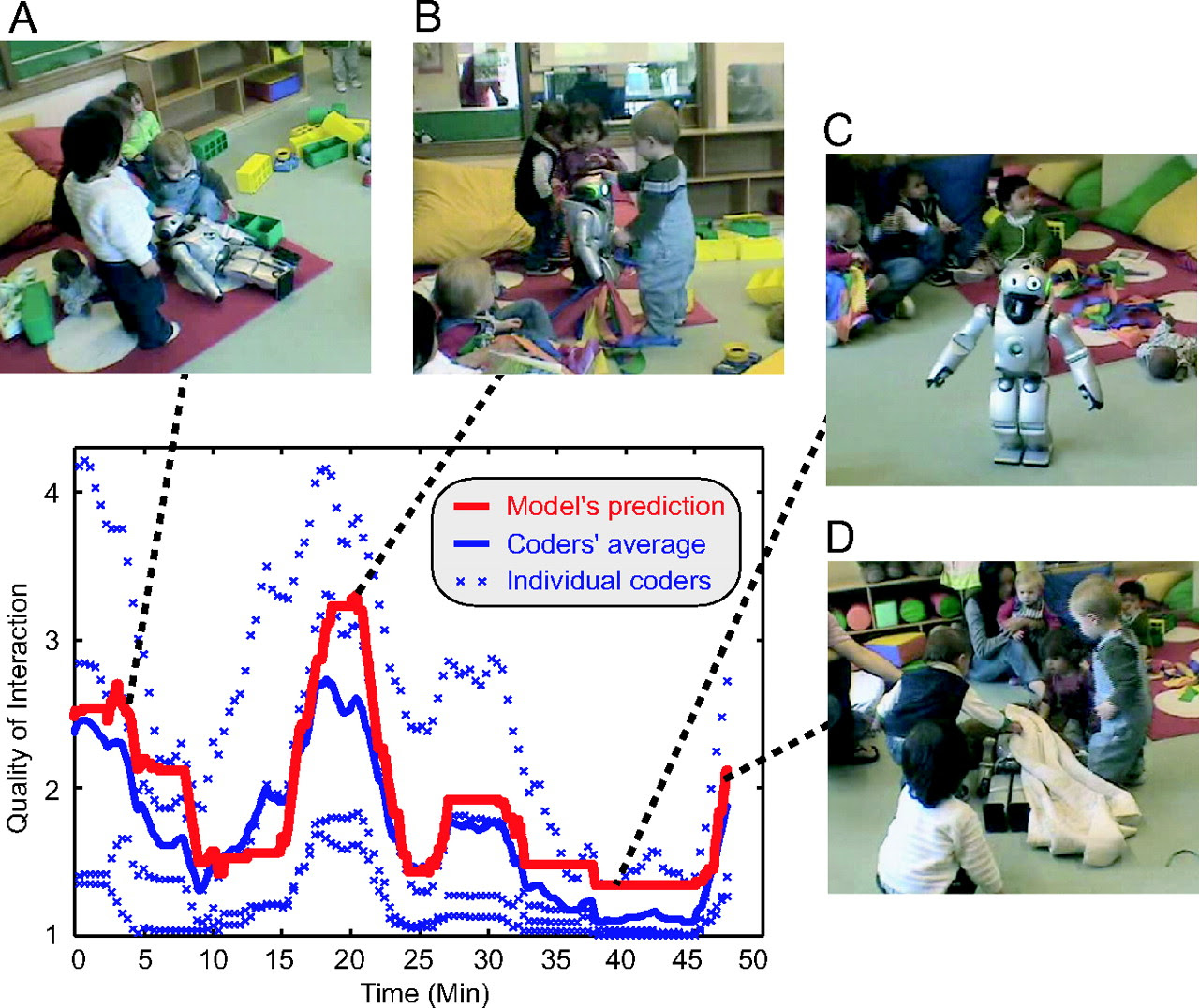 Figure - Predicting the quality of interaction. The red line indicates an automatic assessment of the quality of interaction between children and QRIO based on haptic (i.e. touching or physical contact) sensing. Blue lines indicate human assessment (by four independent coders) of the quality of interaction by using the continuous audience response method. (A) A session begins with QRIO waking up, attracting the children's interest. (B) During the music time in the classroom, children play with the robot. (C) Children are getting tired of the music time and losing interest in the robot. (D) Children put a blanket on the robot after it has laid down on the floor preparing for the end of a session.

Posted by Deric Bownds at 6:15 AM
Email ThisBlogThis!Share to TwitterShare to FacebookShare to Pinterest
Blog Categories: culture/politics, technology