A gradient of representational hierarchy in the prefrontal cortex.

Badre and D'Esposito have designed a set of tasks requiring increasingly abstract representations, each level requiring the classing of representations at the next subordinate level. They find a systematic posterior to anterior gradient of activity with the prefrontal cortex depending on the manipulated level of representation. Here is their abstract and a figure from the paper:

The prefrontal cortex (PFC) is central to flexible and organized action. Recent theoretical and empirical results suggest that the rostro-caudal (head to tail) axis of the frontal lobes may reflect a hierarchical organization of control. Here, we test whether the rostro-caudal axis of the PFC is organized hierarchically, based on the level of abstraction at which multiple representations compete to guide selection of action. Four functional magnetic resonance imaging (fMRI) experiments parametrically manipulated the set of task-relevant (a) competing responses, (b) competing features, (c) competing dimensions, and (d) overlapping cue-to-dimension mappings. A systematic posterior to anterior gradient was evident within the PFC depending on the manipulated level of representation. Furthermore, across four fMRI experiments, activation in PFC subregions was consistent with the sub- and superordinate relationships that define an abstract representational hierarchy. In addition to providing further support for a representational hierarchy account of the rostro-caudal gradient in the PFC, these data provide important empirical constraints on current theorizing about control hierarchies and the PFC. 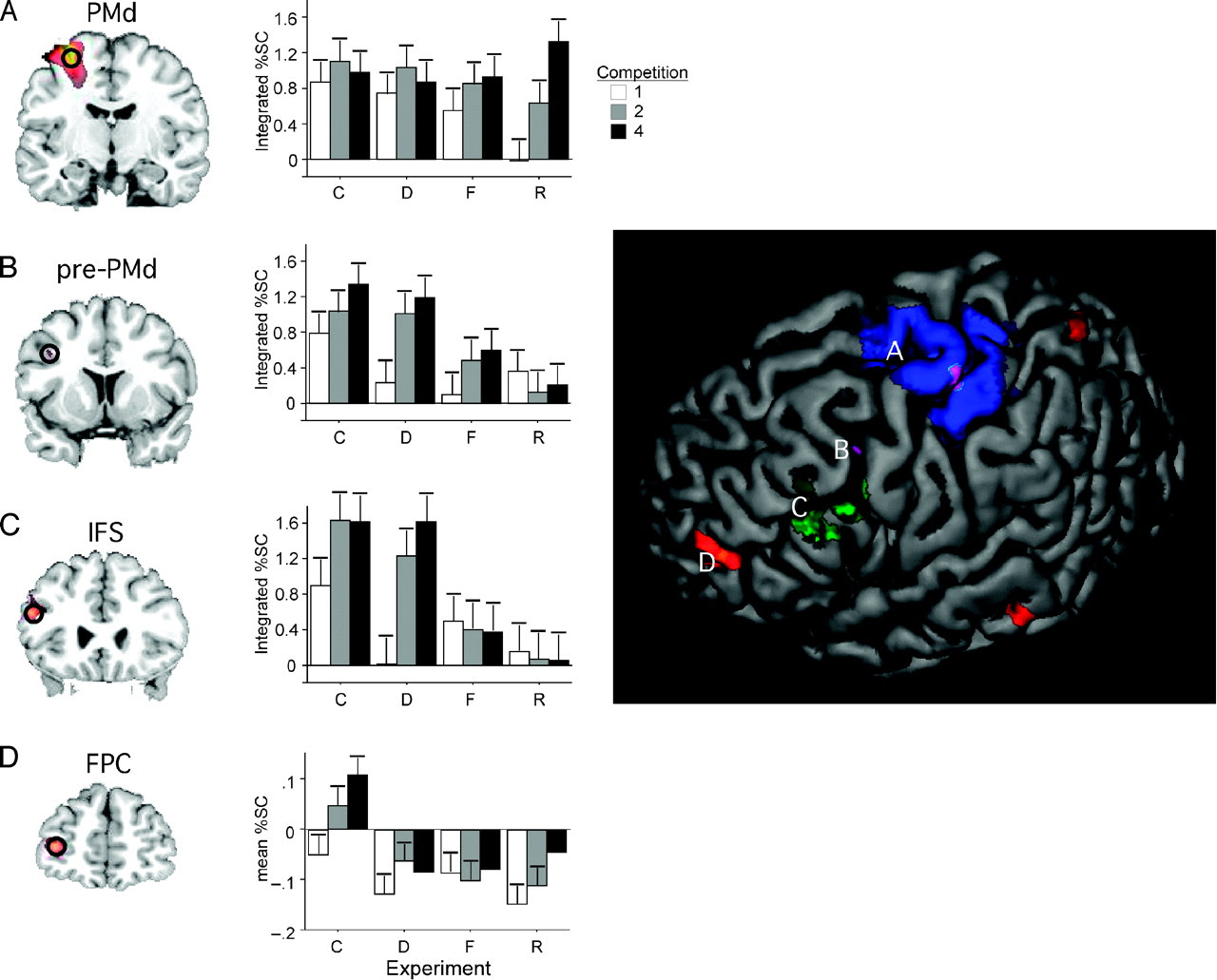 Posted by Deric Bownds at 6:30 AM
Email ThisBlogThis!Share to TwitterShare to FacebookShare to Pinterest
Blog Categories: acting/choosing, attention/perception