David Freedberg (Art History, Columbia Univ.) and Vittorio Gallese (Neuroscience, Parma) offer an interesting perspective on possible relationships between mirror neuron systems and artistic experience. Here is their abstract (and PDF of article is here.), followed by some of their illustrations.

The implications of the discovery of mirroring mechanisms and embodied simulation for empathetic responses to images in general, and to works of visual art in particular, have not yet been assessed. Here, we address this issue and we challenge the primacy of cognition in responses to art. We propose that a crucial element of esthetic response consists of the activation of embodied mechanisms encompassing the simulation of actions, emotions and corporeal sensation, and that these mechanisms are universal. This basic level of reaction to images is essential to understanding the effectiveness both of everyday images and of works of art. Historical, cultural and other contextual factors do not preclude the importance of considering the neural processes that arise in the empathetic understanding of visual artworks. 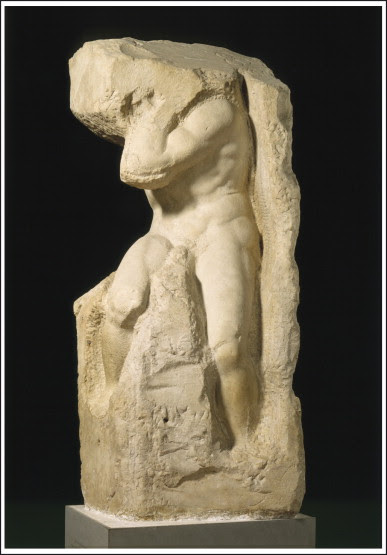 Figure 1. Embodied simulation in esthetic experience: actions. The sense of exertion, which Michelangelo intended his figures to show as they struggle to escape from the block of stone, is effectively conveyed to the spectator. Michelangelo, Slave called Atlas, Florence, Academia (ca. 1520–1523), marble © Scala/Art Resource, NY. 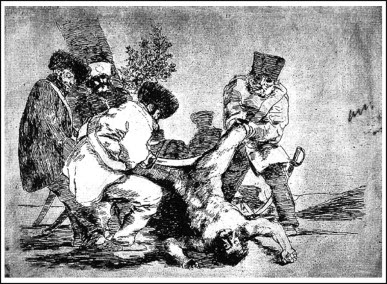 Figure 2. Embodied simulation in esthetic experience: empathy for pain. The viewing of images of punctured or damaged body parts activates part of the same network of brain centers that are normally activated by our own sensation of pain, accounting for the feeling of physical sensation and corresponding shock upon observation of pressure or damage to the skin and limbs of others. Goya, Que hay que hacer mas? (What more is there to do?), plate 33 from Los Desastres de la Guerra (Disasters of War), etching, Biblioteque Nationale, Paris, France © Bridgeman-Giraudon/Art Resource, NY. 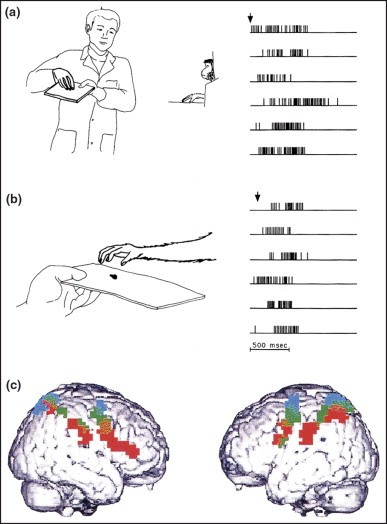 Posted by Deric Bownds at 6:00 AM
Email ThisBlogThis!Share to TwitterShare to FacebookShare to Pinterest
Blog Categories: culture/politics, emotion, mirror neurons