Thielscher and Pessoa (PDF here) have examined brain activation that reflects perceptual choices using fMRI during a two-choice perceptual discrimation task of fearful versus disgusted faces. From their abstract:

...Our analyses revealed that reporting a neutral face as "fearful" was associated with activation in a broad network of brain regions that process emotionally arousing stimuli, whereas reporting a neutral face as "disgusted" was associated with activation in a focused set of sites that included the putamen and anterior insula...fluctuations in fMRI amplitude for an individual participant could be used to reliably predict the perceptual choice of individual trials for that subject. In addition to the investigation of choice, we also isolated the neural correlates of decision making per se by using reaction time as an index of decision processes. Overall, our findings revealed that brain responses dynamically shifted according to perceptual choices. In addition, the neural correlates of decision making involved at least the anterior cingulate cortex, middle frontal gyrus, and inferior frontal gyrus/insula, consistent with recent proposals that decisions may emerge from distributed processes.

A review of this work by Tobler and Kalenscher (PDF here) provides a useful summary graphic: 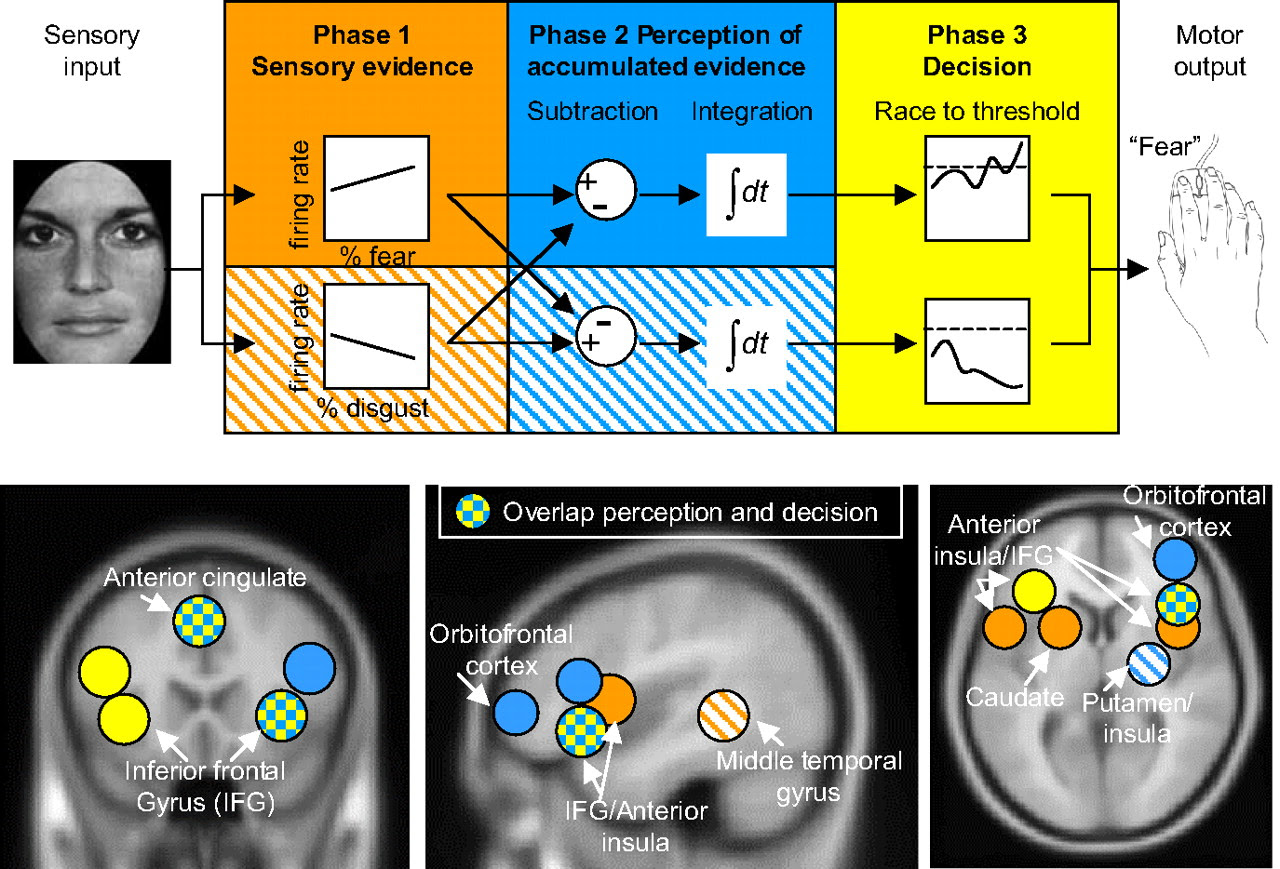 Figure 1. Top, Model of decision process. Bottom, Selected decision-related activations. Regions in orange predict whether a fearful or a disgusted face has been presented. Regions in blue predict whether the participant will choose "fearful" or "disgusted," and regions in yellow correlate with decision as operationalized by trial-to-trial changes in reaction time.
Posted by Deric Bownds at 6:12 AM
Email ThisBlogThis!Share to TwitterShare to FacebookShare to Pinterest
Blog Categories: attention/perception, emotion, faces