Issue of our times: concentration versus distractability 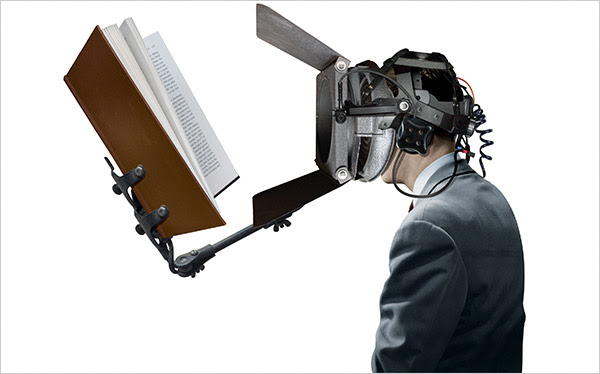 John Tierny does a great article on the science of concentration. I know this is a huge issue for me. I find that my constant scanning of tables of contents of various journals for tidbits that might go in this blog leaves my attention constantly flitting about, as I feel like an overstuffed goose that continues to peck around ingesting more random pieces than can be properly digested. While attending to a task I am easily distracted (a documented feature of aging!). Here are some clips from Tierny's article, which notes the recent book “Rapt,” a guide by Winifred Gallagher to the science of paying attention. The book's theme:

...is borrowed from the psychologist William James: “My experience is what I agree to attend to.” You can lead a miserable life by obsessing on problems. You can drive yourself crazy trying to multitask and answer every e-mail message instantly...Or you can recognize your brain’s finite capacity for processing information, accentuate the positive and achieve the satisfactions of what Ms. Gallagher calls the focused life.

The work of Desimone and collaborators at MIT is mentioned:

When something bright or novel flashes, it tends to automatically win the competition for the brain’s attention, but that involuntary bottom-up impulse can be voluntarily overridden through a top-down process that Dr. Desimone calls “biased competition.” He and colleagues have found that neurons in the prefrontal cortex — the brain’s planning center — start oscillating in unison and send signals directing the visual cortex to heed something else.

Now that neuroscientists have identified the brain’s synchronizing mechanism, they’ve started work on therapies to strengthen attention. In the current issue of Nature, researchers from M.I.T., Penn and Stanford report that they directly induced gamma waves in mice by shining pulses of laser light through tiny optical fibers onto genetically engineered neurons. In the current issue of Neuron, Dr. Desimone and colleagues report progress in using this “optogenetic” technique in monkeys.

Ultimately, Dr. Desimone said, it may be possible to improve your attention by using pulses of light to directly synchronize your neurons, a form of direct therapy that could help people with schizophrenia and attention-deficit problems (and might have fewer side effects than drugs). If it could be done with low-wavelength light that penetrates the skull, you could simply put on (or take off) a tiny wirelessly controlled device that would be a bit like a hearing aid.

Further comments from Gallagher, who:

...advocates meditation to increase your focus, but...there are also simpler ways to put the lessons of attention researchers to use. Once she learned how hard it was for the brain to avoid paying attention to sounds, particularly other people’s voices, she began carrying ear plugs with her. When you’re trapped in a noisy subway car or a taxi with a TV that won’t turn off, she says you have to build your own “stimulus shelter.”...She recommends starting your work day concentrating on your most important task for 90 minutes. At that point your prefrontal cortex probably needs a rest, and you can answer e-mail, return phone calls and sip caffeine (which does help attention) before focusing again. But until that first break, don’t get distracted by anything else, because it can take the brain 20 minutes to do the equivalent of rebooting after an interruption. (For more advice, go to nytimes.com/tierneylab.)

“Multitasking is a myth,” Ms. Gallagher said. “You cannot do two things at once. The mechanism of attention is selection: it’s either this or it’s that.” She points to calculations that the typical person’s brain can process 173 billion bits of information over the course of a lifetime....“People don’t understand that attention is a finite resource, like money,” she said. “Do you want to invest your cognitive cash on endless Twittering or Net surfing or couch potatoing? You’re constantly making choices, and your choices determine your experience, just as William James said.”

Posted by Deric Bownds at 5:40 AM
Email ThisBlogThis!Share to TwitterShare to FacebookShare to Pinterest
Blog Categories: attention/perception