Wisdom and the Amygdala... 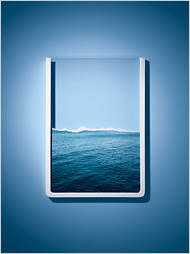 The Sunday May 6 New York Times Magazine has an intersting article by Stephen Hall titled "The Older-and-Wiser Hypothesis" describing efforts to define what constitutes wise behavior (PDF here). It describes the "Berlin Paradigm" which in essence defines wisdom as

“an expert knowledge system concerning the fundamental pragmatics of life.” It emphasizes several complementary qualities: expert knowledge of both the “facts” of human nature and the “how” of dealing with decisions and dilemmas; an appreciation of one’s historical, cultural and biological circumstances during the arc of a life span; an understanding of the “relativism” of values and priorities; and an acknowledgment, at the level of both thought and action, of uncertainty.

Central to wisdom is emotion regulation:

...despite the well-documented cognitive declines associated with advancing age, older people seem to have figured out how to manage their emotions in a profoundly important way. Compared with younger people, they experience negative emotions less frequently, exercise better control over their emotions and rely on a complex and nuanced emotional thermostat that allows them to bounce back quickly from adverse moments. Indeed, they typically strive for emotional balance, which in turn seems to affect the ways their brains process information from their environment.

“Those people who are good at regulating negative emotion, inferred by their ability to voluntarily use cognitive strategies to reappraise a stimulus, show reductions in activation in the amygdala,” says Davidson, who added that such regulation probably results from “something that has been at least implicitly trained over the years.” It is difficult (not to say dangerous) to generalize from such a small, focused study, but the implication is that people who learn, or somehow train themselves, to modulate their emotions are better able to manage stress and bounce back from adversity. Although they can register the negative, they have somehow learned not to get bogged down in it. Whether this learning is a form of “wisdom” accumulated over a lifetime of experience, as wisdom researchers see it, or can be acquired through training exercises like meditation, as Davidson’s previous research has shown, the recent message from neuroscience laboratories is that the optimal regulation of emotion can be seen in the brain.

Similarly, several years ago, Carstensen; Mara Mather of the University of California at Santa Cruz; John Gabrieli, a neuroscientist now at the Massachusetts Institute of Technology; and several colleagues performed f.M.R.I. studies of young and old people to see whether the ability to regulate emotions left a trace in the amygdala. The study indicated that the amygdala in young people becomes active when they view both positive and negative images; the amygdala in older people is active only when they view positive images. Put another way, young people tend to cling to the negative information, neurologically speaking, while older people seem better able to shrug it off and focus more on positive images. This neural selectivity, this focus on the positive, is virtually instantaneous, Gabrieli says, and yet probably reflects a kind of emotional knowledge or experience that guides cognitive focus; Carstensen says older people “disattend” negative information. This “disattention” also echoes some very old thoughts on wisdom. In his 1890 book “The Principles of Psychology,” William James observed, “The art of being wise is the art of knowing what to overlook.” In modern neuroscience parlance, Gabrieli says, “you could say that in older people the amygdala is overlooking the negative.”

Much of the research to date has reflected a predominantly Western notion of wisdom, but its definition can be further muddied by cultural vagaries. In one cross-cultural study, researchers found that Americans and Australians essentially equated being wise with being experienced and knowledgeable; being old and discreet were seen as less-than-desirable qualities. People in India and Japan, by contrast, linked wisdom to being discreet, aged and experienced.

Nevertheless, the notion of wisdom is sufficiently universal that it raises other questions: Where does it come from, and how does one acquire it? Surprisingly, a good deal of evidence, both anecdotal and empirical, suggests that the seeds of wisdom are planted earlier in life — certainly earlier than old age, often earlier than middle age and possibly even earlier than young adulthood. And there are strong hints that wisdom is associated with an earlier exposure to adversity or failure. That certainly seems to be the case with emotional regulation and is perfectly consistent with Carstensen’s ideas about shifting time horizons. Karen Parker and her colleagues at Stanford have published several striking animal studies showing that a very early exposure to mild adversity (she calls it a “stress inoculation”) seems to “enhance the development of brain systems that regulate emotional, neuroendocrine and cognitive control” — at least in nonhuman primates. Some researchers are also exploring the genetic basis of resilience.

Posted by Deric Bownds at 6:50 AM
Email ThisBlogThis!Share to TwitterShare to FacebookShare to Pinterest
Blog Categories: aging, emotion