Buchan et al. tabulate the relationship between a country-level globalization index (CGI) produced by the Centre for the Study of Globalization and Regionalisation at the University of Warwick, U.K and the results of a game experiment carried out 190 study participants from Columbus (Ohio, U.S.), Milan (Italy), Kazan (Tatarstan, Russia), Buenos Aires (Argentina), Johannesburg (South Africa), Tehran (Iran), and in surrounding areas. In the game (rather involved, here is a PDF describing the details), participants (who are randomly matched with 8 others from other countries and 4 local people) distribute cash tokens between 'personal', 'local', and 'world' envelopes in a sequential series of decisions that result in varying rewards depending on how many other local and other country participants give matched contributions to their local and world envelopes. Their finding and conclusion:

...as country and individual levels of globalization increase, so too does individual cooperation at the global level vis-à-vis the local level. In essence, “globalized” individuals draw broader group boundaries than others, eschewing parochial motivations in favor of cosmopolitan ones. Globalization may thus be fundamental in shaping contemporary large-scale cooperation and may be a positive force toward the provision of global public goods. 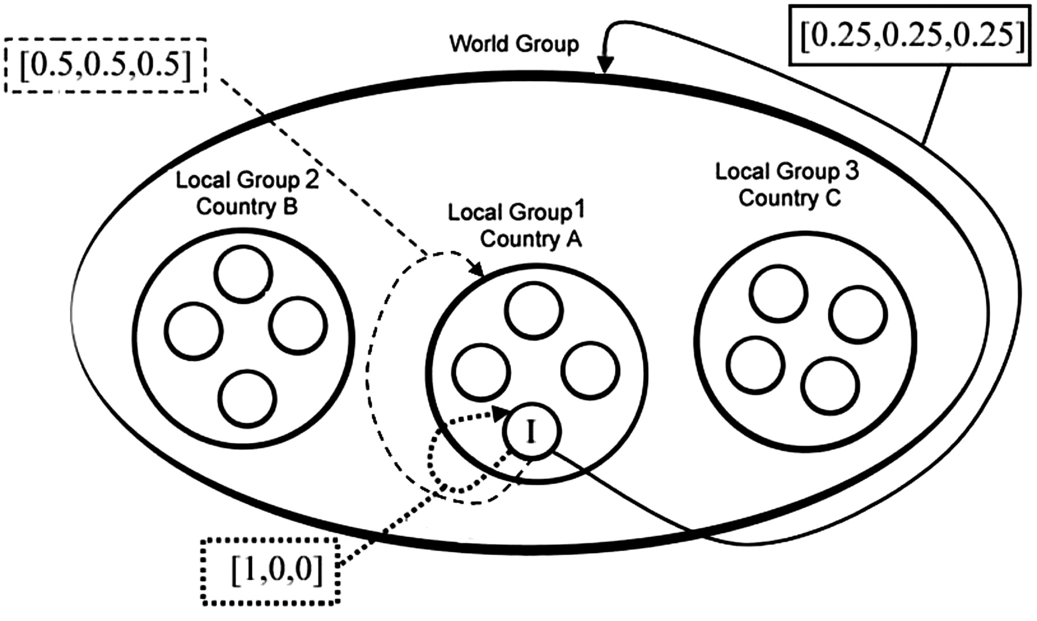 As the authors describe their nested world decision game:

A participant (Individual I) may allot the money to his or her Personal account and/or allot it to his or her Local or World group account. The 3 numbers in brackets [x, y, z] represent the returns to I (x), to another person from I's local group (y), and to a person from a different country (z) from a token allotted to I's Personal, Local, or World account, respectively. That is, a token allotted to the Personal account (dotted line) gives 1 token to I and nothing to anyone else. A token allotted to the Local account (dashed line) yields half a token to all of the 3 members of I's Local account but nothing to the people from the other two Local groups. A token allotted to I's World account (solid line) yields a quarter of a token to all of the 12 people in the World group. 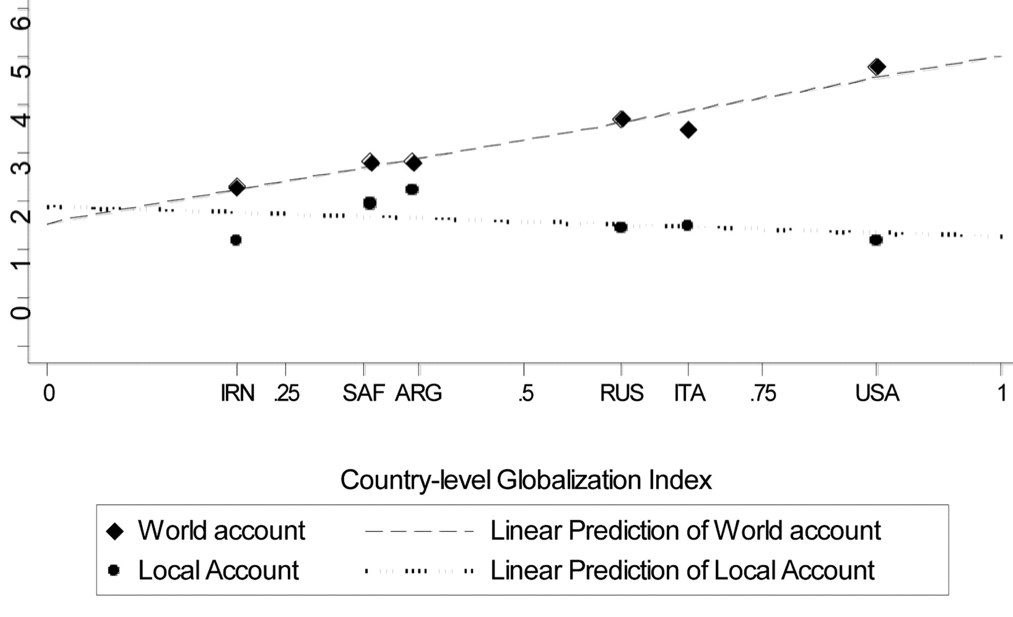 Figure - Relationship between CGI and mean Allocations to World and Local Accounts. Countries are plotted according to their macrolevel globalization score on the x axis and mean aggregate levels of contribution to the World account (diamond points), and Local accounts (square points) on the y axis. The linear predictions for both variables are also plotted.