A drug for compassion?

Sáez et al. enhance human egalitarian behavior in humans with tolcapone - a drug approved for use with Parkinson's disease patients - which prolongs the effect of brain dopamine by inhibiting the enzyme that breaks it down. 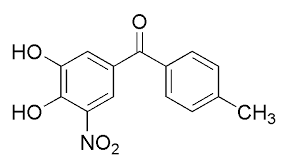 Highlights and abstract from their paper:

Egalitarian motives form a powerful force in promoting prosocial behavior and enabling large-scale cooperation in the human species. At the neural level, there is substantial, albeit correlational, evidence suggesting a link between dopamine and such behavior. However, important questions remain about the specific role of dopamine in setting or modulating behavioral sensitivity to prosocial concerns. Here, using a combination of pharmacological tools and economic games, we provide critical evidence for a causal involvement of dopamine in human egalitarian tendencies. Specifically, using the brain penetrant catechol-O-methyl transferase (COMT) inhibitor tolcapone, we investigated the causal relationship between dopaminergic mechanisms and two prosocial concerns at the core of a number of widely used economic games: (1) the extent to which individuals directly value the material payoffs of others, i.e., generosity, and (2) the extent to which they are averse to differences between their own payoffs and those of others, i.e., inequity. We found that dopaminergic augmentation via COMT inhibition increased egalitarian tendencies in participants who played an extended version of the dictator game. Strikingly, computational modeling of choice behavior revealed that tolcapone exerted selective effects on inequity aversion, and not on other computational components such as the extent to which individuals directly value the material payoffs of others. Together, these data shed light on the causal relationship between neurochemical systems and human prosocial behavior and have potential implications for our understanding of the complex array of social impairments accompanying neuropsychiatric disorders involving dopaminergic dysregulation.

Posted by Deric Bownds at 3:00 AM
Email ThisBlogThis!Share to TwitterShare to FacebookShare to Pinterest
Blog Categories: happiness, social cognition