An international collaboration between researchers at universities in the US, UK, Canada, and New Zealand has generated this study, which speaks for itself (The participants are members of the Dunedin Multidisciplinary Health and Development Study, which tracks the development of 1,037 individuals born in 1972–1973 in Dunedin, New Zealand.) :


Policy-makers are considering large-scale programs aimed at self-control to improve citizens’ health and wealth and reduce crime. Experimental and economic studies suggest such programs could reap benefits. Yet, is self-control important for the health, wealth, and public safety of the population? Following a cohort of 1,000 children from birth to the age of 32 y, we show that childhood self-control predicts physical health, substance dependence, personal finances, and criminal offending outcomes, following a gradient of self-control. Effects of children's self-control could be disentangled from their intelligence and social class as well as from mistakes they made as adolescents. In another cohort of 500 sibling-pairs, the sibling with lower self-control had poorer outcomes, despite shared family background. Interventions addressing self-control might reduce a panoply of societal costs, save taxpayers money, and promote prosperity. 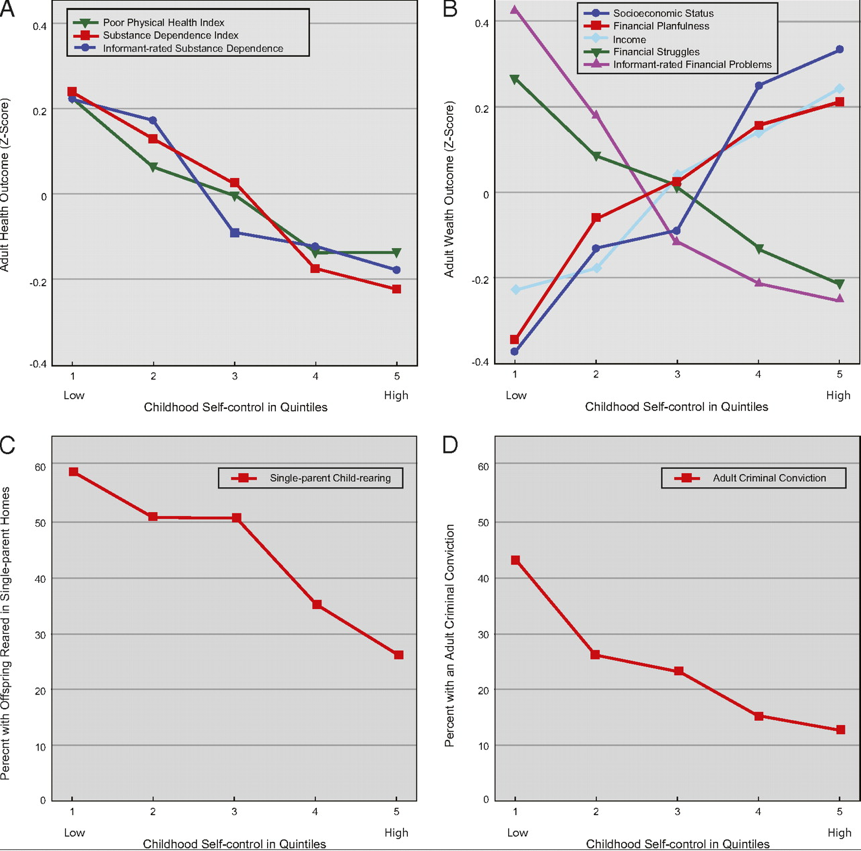 Posted by Deric Bownds at 5:28 AM
Email ThisBlogThis!Share to TwitterShare to FacebookShare to Pinterest
Blog Categories: acting/choosing, culture/politics, social cognition