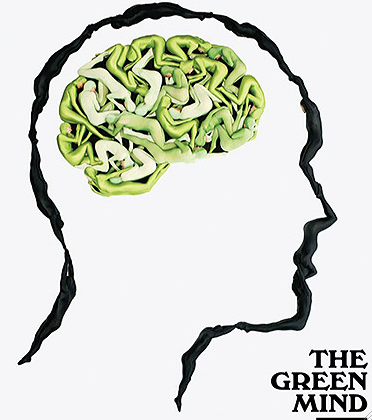 I would recommend reading Jon Gertner's article "Why isn't the Brain Green?" (In the same issue of the New York Times Magazine, Paul Bloom's article is also worth a look). I give just a few clips below, in which Gertner writes on the psychology of environmentalism, starting by noting a meeting at the Center for Research on Environmental Decisions.

A branch of behavioral research situated at the intersection of psychology and economics, decision science focuses on the mental proces­ses that shape our choices, behaviors and attitudes. The field’s origins grew mostly out of the work, beginning in the 1970s, of Daniel Kahneman and Amos Tversky, two psychologists whose experiments have demonstrated that people can behave unexpectedly when confronted with simple choices. We have many automatic biases — we’re more averse to losses than we are interested in gains, for instance — and we make repeated errors in judgment based on our tendency to use shorthand rules to solve problems. We can also be extremely susceptible to how questions are posed. Would you undergo surgery if it had a 20 percent mortality rate? What if it had an 80 percent survival rate? It’s the same procedure, of course, but in various experiments, responses from patients can differ markedly.

...where nearly all dollars for climate investigation are directed toward physical or biological projects, the notion that vital environmental solutions will be attained through social-science research — instead of improved climate models or innovative technologies — is an aggressively insurgent view.

...Cognitive psychologists now broadly accept that we have different systems for processing risks. One system works analytically, often involving a careful consideration of costs and benefits. The other experiences risk as a feeling: a primitive and urgent reaction to danger, usually based on a personal experience, that can prove invaluable when (for example) we wake at night to the smell of smoke.

There are some unfortunate implications here. In analytical mode, we are not always adept at long-term thinking; experiments have shown a frequent dislike for delayed benefits, so we undervalue promised future outcomes. (Given a choice, we usually take $10 now as opposed to, say, $20 two years from now.) Environmentally speaking, this means we are far less likely to make lifestyle changes in order to ensure a safer future climate. Letting emotions determine how we assess risk presents its own problems. Almost certainly, we underestimate the danger of rising sea levels or epic droughts or other events that we’ve never experienced and seem far away in time and place.

...we have a “finite pool of worry,” which means we’re unable to maintain our fear of climate change when a different problem — a plunging stock market, a personal emergency — comes along. We simply move one fear into the worry bin and one fear out. And even if we could remain persistently concerned about a warmer world? We have a “single-action bias.” Prompted by a distressing emotional signal, we buy a more efficient furnace or insulate our attic or vote for a green candidate — a single action that effectively diminishes global warming as a motivating factor.

...Increasing personal evidence of global warming and its potentially devastating consequences can be counted on to be an extremely effective teacher and motivator...emotional and experiential feelings of risk are superb drivers of action. Unfortunately, such lessons may arrive too late for corrective action.

Posted by Deric Bownds at 5:30 AM
Email ThisBlogThis!Share to TwitterShare to FacebookShare to Pinterest
Blog Categories: acting/choosing, culture/politics, psychology