MindBlog experiments with a brain enhancer. 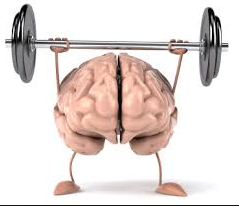 I have done two previous posts on my personal experiments with compounds meant to promote longevity or vitality. The first dealt with resveratrol, a potential anti-aging compound. The second involved enhancers of energy production in the mitochondria of our body cells studied by the noted biochemist Bruce Ames (Acetyl L-carnitine, alpha-lipoic acid, biotin). In both cases I initially experienced some positive positive changes in energy and temperament, but after a few days unpleasant side effects led me to terminate the experiment. (Resveratrol caused arthritic symptoms, and the energy generated by N-acetyl l-carnitine and other components was more than I could handle, and expressed as agitation and nervousness.)

In this post I report my experience with one commercially available Nootropic (brain enhancing) mixture marketed by TruBrain,  whose main component is a daily dosage of 4 grams of piracetam (see below). The product is meant to promote cognitive focus in a more benign and effective way than caffeine energy drinks. The bottom line (see details below) is that after taking the mixture the first time I felt more calm and focused, with decreased mind noise and wandering (I think I'm being objective, but it is hard to rule out a placebo effect). After two days, I had to halve the dosage supplied to avoid several side effects noted in web accounts, brain fog, mild headaches, and body nervousness (hyperkinesia).  After the 10 day regime indicated by the instructions, I stopped the supplement for several days and did not note any obvious changes in ability to focus versus distractibility and mind wandering. (Which makes me wonder if the drug might have training my awareness so that it rendered itself unnecessary?) On resuming half dosage as before, I didn't notice the same dramatic effect as when first starting to take it, and the brain fog side effect briefly returned.  Got the same result on waiting a few more days and trying again. I suspect different people will react differently to the TruBrain supplement I was testing.   More details:

As background, I will mention that I get a steady stream of email from companies wanting me to promote or link to their products. I have a cut and paste standard reply that declines such invitations. One particularly persistent suitor has been an outfit called TruBrain . They sell a product meant to promote mental focus, and have a very slick website on which I was unable to find any links to basic science supporting their claims. After my query about this, they did send me an "evidence table" that lists some research references on the components of their brew (PDF here). I decided to relent on my usual refusal to deal with reviewing a commercial product, offered to try the stuff, and they sent a trial box.

The product came in a designer box almost up to Apple Product standards, with tidy little packets of pills to be consumed at breakfast and lunch, and most useful, a clear listing of the ingredients and amounts of the daily dosage. (I guess the cost of packaging and marketing is one reason the price of this supplement mix seems a bit steep to me.) Various combinations of the following ingredients and others are offered by vendors of Nootropics that you can quickly find on the web in a google search for nootropics or piracetam.

Piracetam 4g This is the heavy lifter in the mix, a cyclic derivative of the inhibitory neurotransmitter GABA (gamma amino butyric acid). It has extremely low toxicity, and several studies claim that it enhances attentional focus and decreases distractibility. The best guess is that it alters the function of acetylcholine synapses.  The majority of users report no side effects, but reported side effects do include nervousness, weight gain, increased body movements (hyperkinesia), headaches, irritability, depression, brain fog, G.I. distress.

Diary:
Days 1 and 2 - notable calm and focus, decreased mind noise and mind wandering
Day 3 appearance of mild nervousness/agitation, hyperkinesia, brain fog or woozy feeling (not vestibular, balance and movement OK)
Day 4 side effects diminished, but still an unacceptable level of mind fog and body nervousness, alongside calm and focus, low mind noise and wandering.
Day 5 Dosage cut by half (3 instead of 5 pills taken with breakfast, 1 instead of 3 pills taken with lunch). Brain fog only remaining side effect, noticeable but marginally acceptable given enhancement of focus and inhibition of distractibility.
Day 10 By day 10, still taking half the recommended dosage, enhanced focus and reduced distractibility were continuing,  side effects were minimal.

I decided to see the effect of discontinuing the supplement. Would the enhanced focus and decreased distractibility wane over the next few days, returning me to my more normal multitasking distractible state? Or, alternatively, might I have undergone some brain training or conditioning, learning what greater calm, focus, decreased mind noise and wandering feels like, so that it continued after the supplement was withdrawn?  (There is speculation and debate over whether A.D.H.D. drugs might be neuroprotective, rewiring and normalizing a child's neural connections over time, so that more focused behavior continues after medication is withdrawn.)

Alas, I felt very little effect of discontinuing the supplement, focus versus distractibility and mind wandering seemed just fine.   After three days I resumed half the recommended, didn't note any change in focus, but the mind fog side effect returned for about half a day.  I waited another week and tried again...same result.  I may continue to putter with the product, but at this point am a bit underwhelmed.

Posted by Deric Bownds at 3:00 AM
Email ThisBlogThis!Share to TwitterShare to FacebookShare to Pinterest
Blog Categories: aging, attention/perception