Neurogenetics of remembering emotions past 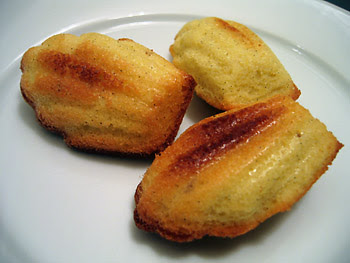 It turns out that genetic makeup would determine how vididly Proust's narrator, on biting into a madeleine cake dipped in tea, would experience his emotional memories. Work by Rasch et al. suggests that individual differences in the ADRA2B gene that codes the α2B adrenoreceptor, which plays an important role in vasoconstriction and blood pressure regulation, is also related to brain activation patterns underlying heightened emotional recall:

Emotionally arousing events are typically well remembered, but there is a large interindividual variability for this phenomenon. We have recently shown that a functional deletion variant of ADRA2B, the gene encoding the α2b-adrenergic receptor, is related to enhanced emotional memory in healthy humans and enhanced traumatic memory in war victims. Here, we investigated the neural mechanisms of this effect in healthy participants by using fMRI. Carriers of the ADRA2B deletion variant exhibited increased activation of the amygdala during encoding of photographs with negative emotional valence compared with noncarriers of the deletion. Additionally, functional connectivity between amygdala and insula was significantly stronger in deletion carriers. The present findings indicate that the ADRA2B deletion variant is related to increased responsivity and connectivity of brain regions implicated in emotional memory.

Posted by Deric Bownds at 4:35 AM
Email ThisBlogThis!Share to TwitterShare to FacebookShare to Pinterest
Blog Categories: genes, memory/learning