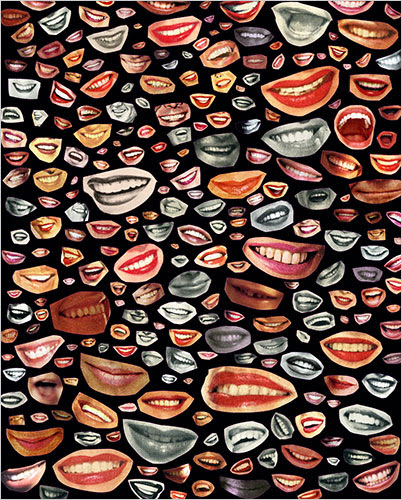 Clive Thompson does a nice article in this past Sunday's New York Times magazine on social contagion. It covers the Framingham study that I have mentioned in previous posts along with other studies that document how good as well as bad behaviors pass from friend to friend almost as if they were contagious viruses.

...behaviors may spread partly through the subconscious social signals that we pick up from those around us, which serve as cues to what is considered normal behavior. Scientists have been documenting this phenomenon; for example, experiments have shown that if a person is seated next to someone who’s eating more, he will eat more, too, unwittingly calibrating his sense of what constitutes a normal meal.

While emotional mirroring might be the most alluring idea about why behaviors spread, there are..

..two other possible explanations. One is “homophily,” the tendency of people to gravitate toward others who are like them. People who are gaining weight might well prefer to hang out with others who are also gaining weight, just as people who are happy might seek out others who are happy. The other possible explanation is that the shared environment — and not social contagion — might be causing the people of Framingham to change in groups. If a McDonald’s opens up in a Framingham neighborhood, it could cause a cluster of people living nearby to gain weight or become slightly happier (or sadder, depending on what they think about McDonald’s). The cluster of people would appear as though they are sharing a contagious form of behavior, but it would be an illusion.

Posted by Deric Bownds at 5:30 AM
Email ThisBlogThis!Share to TwitterShare to FacebookShare to Pinterest
Blog Categories: social cognition