Spread of Happiness - a network analysis.

A report by Fowler and Christakis, as noted by Belluck, is generating interest and controversy. In an analysis covering 20 years of the well known Framington Heart Study they find that happiness spreads like a contagion, that one's happiness is influence by the happiness of friends of friends. The issue is whether the study proved that people became happy because of their social contacts or some unrelated reason. In the same issue of the British Medical Journal, Cohen-Cole and Fletcher critique the work, showing that the statistical analysis used in network studies can detect implausible social network effects in acne, height, and headaches. Here is a summary graphic based on the work provided by the New York Times: 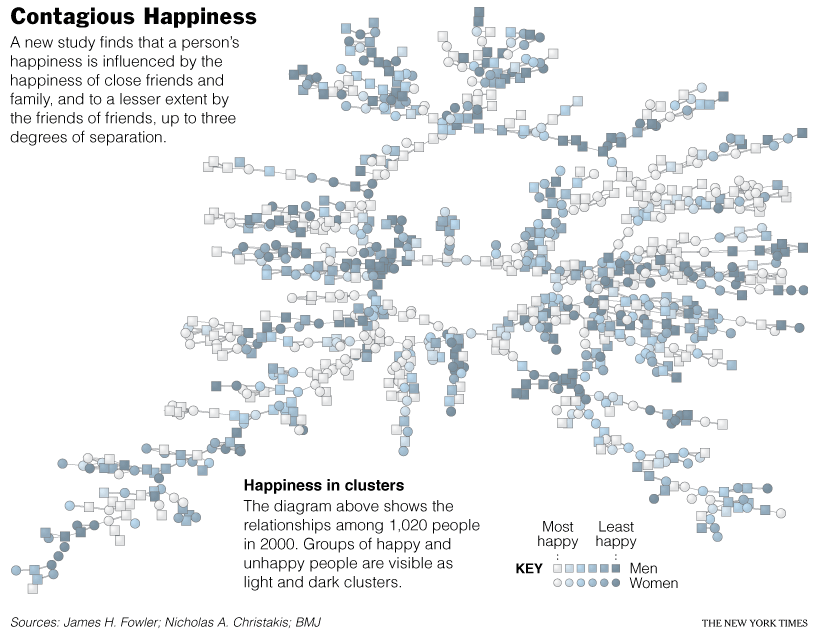 Posted by Deric Bownds at 5:45 AM
Email ThisBlogThis!Share to TwitterShare to FacebookShare to Pinterest
Blog Categories: happiness