Crisis of Confidence for Masters of the Universe 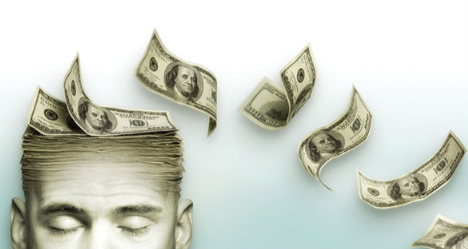 An interesting article by Friedman in the NYTimes on psychological effects of the market meltdown.

Over the last few months, I have seen a group of patients, all men, who experienced a near collapse in their self-esteem, though none of them were clinically depressed...
Another patient summed it up: “I used to be a master-of-the-universe kind of guy, but this cut me down to size.”

I have plenty of female patients who work in finance at high levels, but none of them has had this kind of psychological reaction. I can’t pretend this is a scientific survey, but I wonder if men are more likely than women to respond this way. At the risk of trading in gender stereotypes, do men rely disproportionately more on their work for their self-esteem than women do? Or are they just more vulnerable to the inevitable narcissistic injury that comes with performing poorly or losing one’s job?

A different patient was puzzled not by his anxiety about the market, but by his total lack of self-confidence. He had always had an easy intuitive feel for finance. But in the wake of the market collapse, he seriously questioned his knowledge and skill.

On Wall Street, though, a rising tide lifts many boats and vice versa, which means that there are many people who succeed — or fail — through no merit or fault of their own.

This observation might ease a sense of personal responsibility for the economic crisis, but it was of little comfort to my patients. I think this is because for many of them, the previously expanding market gave them a sense of power along with something as strong as a drug: thrill.

The human brain is acutely attuned to rewards like money, sex and drugs. It turns out that the way a reward is delivered has an enormous impact on its strength. Unpredictable rewards produce much larger signals in the brain’s reward circuit than anticipated ones. Your reaction to situations that are either better or worse than expected is generally stronger to those you can predict.

My patients lost more than money in the market. Beyond the rush and excitement, they lost their sense of competence and success. At least temporarily: I have no doubt that, like the economy, they will recover. But it’s a reminder of just how fragile our self-confidence can be.

Posted by Deric Bownds at 4:30 AM
Email ThisBlogThis!Share to TwitterShare to FacebookShare to Pinterest
Blog Categories: culture/politics, psychology