The Mind Does the Tricks for a Magician 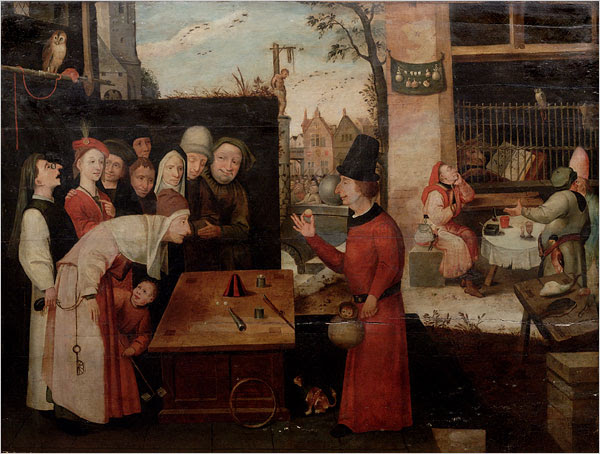 Benedict Carey does a fascinating article on how short cuts that our brains make to assemble our perceptions are exploited by magicians. He describes collaboration between magicians and neuroscientists which have generated a paper in Nature Review Neuroscience. One example:

The visual cortex is attentive to sudden changes in the environment, both when something new appears and when something disappears...A sudden disappearance causes an after-discharge: a ghostly image of the object lingers for a moment...This illusion is behind a spectacular trick by the Great Tomsoni. The magician has an assistant appear on stage in a white dress and tells the audience he will magically change the color of her dress to red. He first does this by shining a red light on her, an obvious ploy that he turns into a joke. Then the red light flicks off, the house lights go on and the now the woman is unmistakably dressed in red. The secret: In the split-second after the red light goes off, the red image lingers in the audience’s brains for about 100 milliseconds, covering the image of the woman. It’s just enough time for the woman’s white dress to be stripped away, revealing a red one underneath.

Posted by Deric Bownds at 5:45 AM
Email ThisBlogThis!Share to TwitterShare to FacebookShare to Pinterest
Blog Categories: attention/perception