Brooks on status rules and collectivism

Two recent Op-Ed columns by David Brooks are worth a glance. In the first he argues (one has to admit in a rather superficial and facile manner) that the advent of the iPhone signaled the start of a new era in which the means of transmission has replaced the content of culture as the center of historical excitement and as the marker of social status. He cites this as the third of three epochs of intellectual affectation.

The first, lasting from approximately 1400 to 1965, was the great age of snobbery. Cultural artifacts existed in a hierarchy, with opera and fine art at the top, and stripping at the bottom... This code died sometime in the late 1960s and was replaced by the code of the Higher Eclectica. The old hierarchy of the arts was dismissed as hopelessly reactionary...During this period, status rewards went to the ostentatious cultural omnivores — those who could publicly savor an infinite range of historically hegemonized cultural products.

In his third iPhone era:

...prestige has shifted from the producer of art to the aggregator and the appraiser. Inventors, artists and writers come and go, but buzz is forever. Maximum status goes to the Gladwellian heroes who occupy the convergence points of the Internet infosystem — Web sites like Pitchfork for music, Gizmodo for gadgets, Bookforum for ideas, etc. 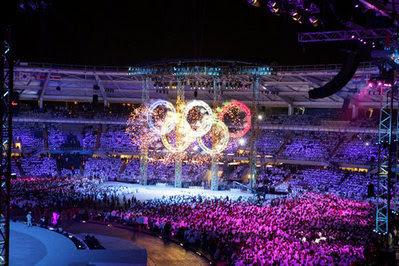 The second Brooks essay, which probes the different cognitive styles of Eastern and Western socities, is inspired by the opening ceremony of the Beijing Olympics:

The ceremony drew from China’s long history, but surely the most striking features were the images of thousands of Chinese moving as one — drumming as one, dancing as one, sprinting on precise formations without ever stumbling or colliding. We’ve seen displays of mass conformity before, but this was collectivism of the present — a high-tech vision of the harmonious society performed in the context of China’s miraculous growth...If Asia’s success reopens the debate between individualism and collectivism (which seemed closed after the cold war), then it’s unlikely that the forces of individualism will sweep the field or even gain an edge...For one thing, there are relatively few individualistic societies on earth. For another, the essence of a lot of the latest scientific research is that the Western idea of individual choice is an illusion and the Chinese are right to put first emphasis on social contexts.

Posted by Deric Bownds at 5:45 AM
Email ThisBlogThis!Share to TwitterShare to FacebookShare to Pinterest
Blog Categories: culture/politics, social cognition