Our facial touch sensitivity - enhanced by viewing a touch.

Studies have shown that observing touch on another person's body activates brain regions involved in tactile perception, even when the observer's body is not directly stimulated. Previous work has shown that in some synaesthetes, this effect induces a sensation of being touched. Serino et al. show in nonsynaesthetes, that

..when observers see a face being touched by hands, rather than a face being merely approached by hands, their detection of subthreshold tactile stimuli on their own faces is enhanced. This effect is specific to observing touch on a body part, and is not found for touch on a nonbodily stimulus, namely, a picture of a house...Thus, observing touch can activate the tactile system, and if perceptual thresholds are manipulated, such activation can result in a behavioral effect in nonsynaesthetes.The effect is maximum if the observed body matches the observer's body. 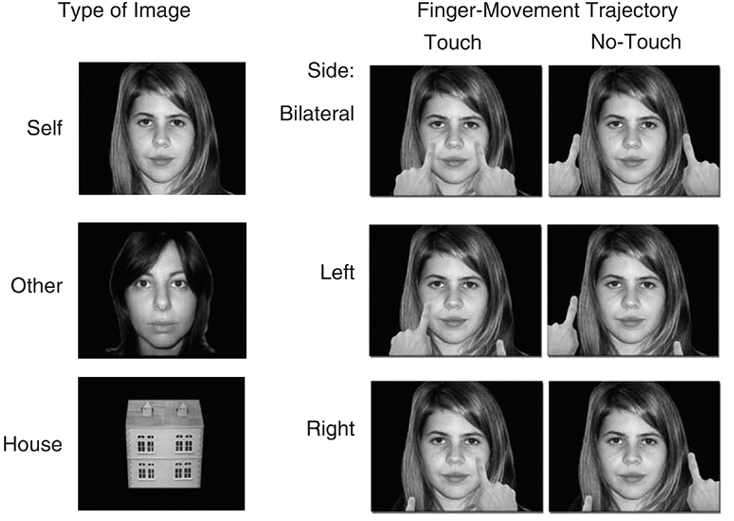 Think of when you might have watched a romantic touch in a movie, sitting next to someone you wished would stroke you.....
Posted by Deric Bownds at 5:30 AM
Email ThisBlogThis!Share to TwitterShare to FacebookShare to Pinterest
Blog Categories: attention/perception, faces