More on "The Political Brain" 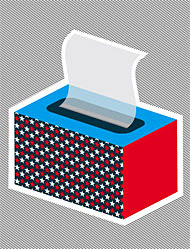 As a followup on my Oct. 23 and July 11 posts on neuroimaging during political decisions I would like to point out David Brooks' review of Westen's book "THE POLITICAL BRAIN - The Role of Emotion in Deciding the Fate of the Nation." He suggests that Westen - even granted that he does a convincing job of showing how emotions can color political decisions - goes overboard in essentially suggesting that appeals to rationality should be thrown out altogether.

...assert(s) that Democrats have been losing because they have been appealing to the rational part of the mind. They issue laundry lists of policies and offer arguments with evidence. They don’t realize how the images they are presenting set off emotional cues that undermine their own campaigns...For example, the right side of John Edwards’s mouth tends to curl up. “Humans innately dislike facial asymmetries,” Westen observes, “and this should have caught the eye of his advisers.” In Connecticut, Ned Lamont ran a commercial showing Joe Lieberman morphing into George Bush, but in the ad Lieberman was smiling. “Smiling faces innately activate parts of the brain (and facial mimicry on the part of the observer) that reinforce happiness, not distaste.”..Republicans...,are brilliant at using words and images that set off emotional cascades. Ronald Reagan used the word “confiscation” in reference to taxation, and was able to persuade people to agree to lower taxes. He called Nicaraguan contras “freedom fighters” and was able to secure them funding.

The core problem with Westen’s book is that he doesn’t really make use of what we know about emotion. He builds on the work of Antonio Damasio, without applying Damasio’s conception of how emotion emerges from and contributes to reason...In this more sophisticated view, emotions are produced by learning. As we go through life, we learn what cause leads to what effect. When, later on, we face similar situations, the emotions highlight possible outcomes, drawing us toward some actions and steering us away from others...In other words, emotions partner with rationality. It’s not necessary to dumb things down to appeal to emotions. It’s not necessary to understand some secret language that will key certain neuro-emotional firings. The best way to win votes — and this will be a shocker — is to offer people an accurate view of the world and a set of policies that seem likely to produce good results.

Posted by Deric Bownds at 6:20 AM
Email ThisBlogThis!Share to TwitterShare to FacebookShare to Pinterest
Blog Categories: culture/politics, emotion