Return of the oppressed.

An article written by Peter Turchin in 2013 notes that inequality moves in cycles, from the Roman Empire to our own Gilded Age, and he gives a chilling prediction about 2020: that inequality will have reached levels sufficient to cause violent social unrest (cf. threats of violence by Trump supporters if he does not win re-election in 2020.) I suggest you read the article, and include below his interesting graphic on American History 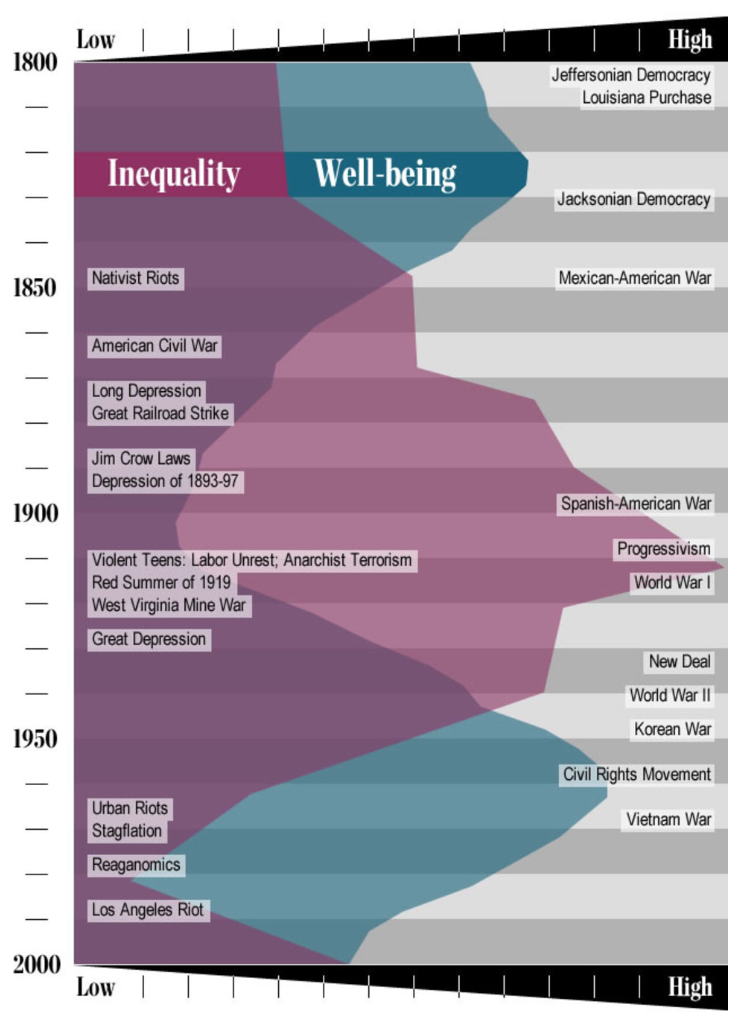 Inverse relationship between well-being and inequality in American history. The peaks and valleys of inequality (in purple) represent the ratio of the largest fortunes to the median wealth of households (the Phillips curve). The blue-shaded curve combines four measures of well-being: economic (the fraction of economic growth that is paid to workers as wages), health (life expectancy and the average height of native-born population), and social optimism (the average age of first marriage, with early marriages indicating social optimism and delayed marriages indicating social pessimism).

Posted by Deric Bownds at 12:00 AM
Email ThisBlogThis!Share to TwitterShare to FacebookShare to Pinterest
Blog Categories: culture/politics