I'm doing this and a few subsequent posts for my own benefit - making brief clips from the Rosling "Factfullness" book described in the previous post to encapsulate what he calls our 10 'basic instincts' - instinctual mental errors that we make - hoping this exercise will imprint them in my feeble memory and make me less likely to perform some of the errors he describes.

The Gap Instinct (Chapter 1) - the irresistible temptation we have to divide all kinds of things into two distinct and often conflicting groups, with an imagined gap—a huge chasm of injustice—in between (as in rich vs. poor, us vs. them). The reality is often not polarized at all. Usually the majority is right there in the middle, where the gap is supposed to be. To control the gap instinct, look for the majority. 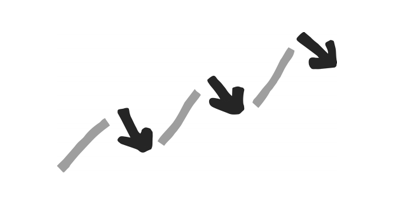 The Negativity Instinct (Chapter 2) - ...information about bad events is much more likely to reach us. When things are getting better we often don’t hear about them, gradual improvement is not news. This gives us a systematically too-negative impression of the world around us, which is very stressful. To control the negativity instinct, expect bad news. More bad news is sometimes due to better surveillance of suffering, not a worsening world. Beware of rosy pasts. People often glorify their early experiences, and nations often glorify their histories. 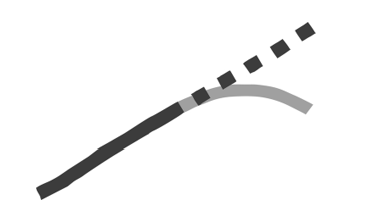 The Straight Line Instinct (Chapter 3) - ..straight lines are rare in reality, remember that curves come in different shapes, many trends do not follow straight lines but are S-bends, slides, humps, or doubling lines. Not child ever kept up the rate of growth it achieved in its first six months, and no parents would expect it to. World population will be stabilizing in the next 50-100 years as birth and death rates become equal. 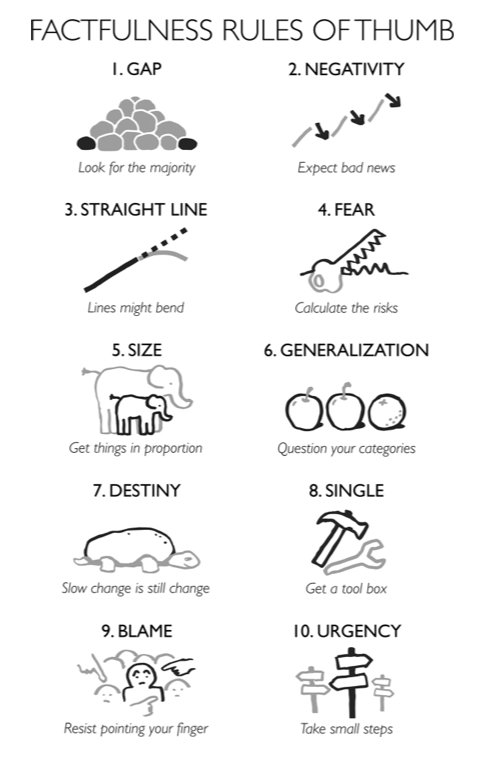 Posted by Deric Bownds at 12:00 AM
Email ThisBlogThis!Share to TwitterShare to FacebookShare to Pinterest
Blog Categories: culture/politics, evolutionary psychology, psychology