I'm continuing posts for my own benefit - making brief clips from the Rosling "Factfullness" book to encapsulate what he calls our 10 'basic instincts' - instinctual mental errors that we make - hoping this exercise will imprint them in my feeble memory and make me less likely to perform some of the mental errors he describes. 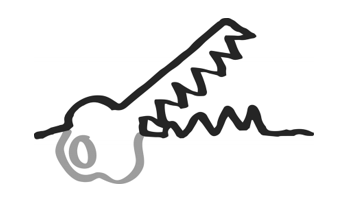 The Fear Instinct (Chapter 4) - Frightening things get our attention, but remember that these are not necessarily the most risky. Our natural fears of violence, captivity, and contamination make us systematically overestimate these risks. To control the fear instinct, calculate the risks. The world seems scarier than it is because what you hear about it has been selected—by your own attention filter or by the media—precisely because it is scary. The risk something poses to you depends not on how scared it makes you feel, but on a combination of two things. How dangerous is it? And how much are you exposed to it? Get calm before you carry on. When you are afraid, you see the world differently. Make as few decisions as possible until the panic has subsided. 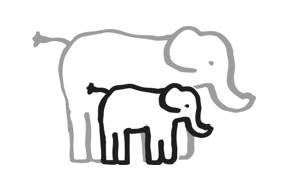 The Size Instinct (Chapter 5) - When a lonely number seems impressive (small or large), remember that you could get the opposite impression if it were compared with or divided by some other relevant number. To control the size instinct, get things in proportion. Single numbers on their own are misleading and should make you suspicious. Always look for comparisons. Ideally, divide by something. The 80/20 rule. Have you been given a long list? Look for the few largest items and deal with those first. They are quite likely more important than all the others put together. Divide: Amounts and rates can tell very different stories. Rates are more meaningful, especially when comparing between different-sized groups. In particular, look for rates per person when comparing between countries or regions.

Remember that categories can be misleading. We can’t stop generalization and we shouldn’t even try. What we should try to do is to avoid generalizing incorrectly. To control the generalization instinct, question your categories. Look for differences within groups. Especially when the groups are large, look for ways to split them into smaller, more precise categories. And, look for similarities across groups. If you find striking similarities between different groups, consider whether your categories are relevant. But also, look for differences across groups. Do not assume that what applies for one group (e.g., you and other people living on income Level 4 or unconscious soldiers) applies for another (e.g., people not living on income Level 4 or sleeping babies). Beware of “the majority.” The majority just means more than half. Ask whether it means 51 percent, 99 percent, or something in between. Beware of vivid examples. Vivid images are easier to recall but they might be the exception rather than the rule. Assume people are not idiots. When something looks strange, be curious and humble, and think, In what way is this a smart solution?


Posted by Deric Bownds at 12:00 AM
Email ThisBlogThis!Share to TwitterShare to FacebookShare to Pinterest
Blog Categories: culture/politics, evolutionary psypchology, psychology