Good minus God - distrust of atheists

Gervais et al offer yet another study on us poor atheists. I follow their abstract with some comments on such studies:


Recent polls indicate that atheists are among the least liked people in areas with religious majorities (i.e., in most of the world). The sociofunctional approach to prejudice, combined with a cultural evolutionary theory of religion's effects on cooperation, suggest that anti-atheist prejudice is particularly motivated by distrust. Consistent with this theoretical framework, a first study using a broad sample of American adults revealed that distrust characterized anti-atheist prejudice but not anti-gay prejudice. In subsequent studies, distrust of atheists generalized even to participants from more liberal, secular populations. In three further studies description of a criminally untrustworthy individual was seen as comparably representative of atheists and rapists but not representative of Christians, Muslims, Jewish people, feminists, or homosexuals. In addition, results were consistent with the hypothesis that the relationship between belief in God and atheist distrust was fully mediated by the belief that people behave better if they feel that God is watching them. In implicit measures, participants strongly associated atheists with distrust, and belief in God was more strongly associated with implicit distrust of atheists than with implicit dislike of atheists. Finally, atheists were systematically socially excluded only in high-trust domains; belief in God, but not authoritarianism, predicted this discriminatory decision-making against atheists in high trust domains. These 6 studies are the first to systematically explore the social psychological underpinnings of anti-atheist prejudice, and converge to indicate the centrality of distrust in this phenomenon. 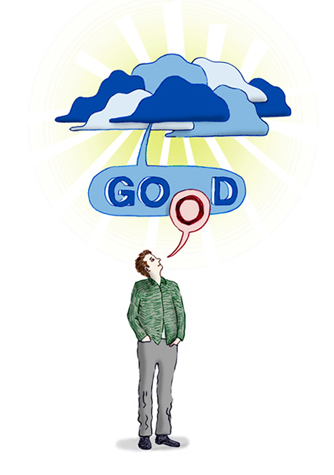 In the New York Times online Opinionator, Louise Anthony makes some interesting points about such studies. A few brief clips:


I gather that many people believe that atheism implies nihilism — that rejecting God means rejecting morality. A person who denies God, they reason, must be, if not actively evil, at least indifferent to considerations of right and wrong. After all, doesn’t the dictionary list “wicked” as a synonym for “godless?” And isn’t it true, as Dostoevsky said, that “if God is dead, everything is permitted”?

Well, actually — no, it’s not. (And for the record, Dostoevsky never said it was.) Atheism does not entail that anything goes.

We “moralistic atheists” do not see right and wrong as artifacts of a divine protection racket. Rather, we find moral value to be immanent in the natural world, arising from the vulnerabilities of sentient beings and from the capacities of rational beings to recognize and to respond to those vulnerabilities and capacities in others...many theists, like many atheists, believe that moral value is inherent in morally valuable things. Things don’t become morally valuable because God prefers them; God prefers them because they are morally valuable.

Posted by Deric Bownds at 4:30 AM
Email ThisBlogThis!Share to TwitterShare to FacebookShare to Pinterest
Blog Categories: culture/politics, religion