Why do intelligent people live longer? 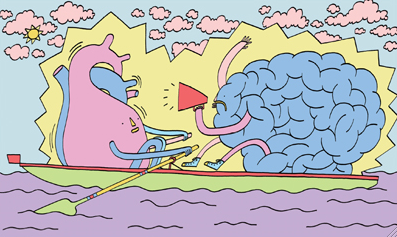 Ian Deary offers an interesting essay in Nature. Here are some clips:

Scores from cognitive-ability tests (intelligence tests or IQ tests) have validity that is almost unequalled in psychology. A general cognitive-ability factor emerges from measures of diverse mental tasks, something that hundreds of data sets since 1904 have replicated. People's rankings on intelligence tests show high stability across almost the whole lifespan, are substantially heritable and are associated with important life outcomes — including educational achievements, occupational success and morbidity and mortality. More thumping confirmatory studies of the link between intelligence and mortality have appeared...One of these contains nearly a million Swedish men tested at around age 19 during military induction and followed for almost 20 years. It shows a clear association: as intelligence test scores go up the scale, so too does the likelihood of survival over those two decades...Intelligence can predict mortality more strongly than body mass index, total cholesterol, blood pressure or blood glucose, and at a similar level to smoking4. But the reasons for this are still mysterious.

The field has focused on four non-exclusive possibilities for the link between intelligence and death. First, what occurs to many people as an obvious pathway of explanation, is that intelligence is associated with more education, and thereafter with more professional occupations that might place the person in healthier environments. Statistical adjustment for education and adult social class can make the association between early-life intelligence and mortality lessen or disappear. But not always.

Third, mental test scores from early life might act as a record of insults to the brain that have occurred before that date. These insults — perinatal events, or the result of illnesses, accidents or deprivations before the mental testing — might be the fundamental cause behind both intelligence test scores and mortality risk. So far, little evidence supports this.

Fourth, mental test scores obtained in youth might be an indicator of a well-put-together system. It is hypothesized that a well-wired body is more able to respond effectively to environmental insults. This 'system integrity' idea has a parallel in the field of ageing, where some data suggest that bodily and cognitive functions age in concert. Some supporting evidence comes from the finding that simple reaction speed — the time taken to press a button when a stimulus appears — can displace intelligence test scores as an even better predictor of mortality risk.

There is also a search for other, non-cognitive psychological characteristics that are associated with living longer. For example, it seems that, independently of any association with intelligence, being more dependable or conscientious in childhood is also significantly protective to health. Children who scored in the top 50% of the population for intelligence and dependability were in one study more than twice as likely to survive to their late sixties as children scoring in the bottom half for both.