Past research demonstrates that unconscious primes can affect people’s decisions. However, these free choice priming paradigms present participants with very few alternatives. Magicians’ forcing techniques provide a powerful tool to investigate how natural implicit primes can unconsciously influence decisions with multiple alternatives. We used video and live performances of the mental priming force. This technique uses subtle nonverbal and verbal conversational primes to influence spectators to choose the three of diamonds. Our results show that a large number of participants chose the target card while reporting feeling free and in control of their choice. Even when they were influenced by the primes, participants typically failed to give the reason for their choice. These results show that naturally embedding primes within a person’s speech and gestures effectively influenced people’s decision making. This raises the possibility that this form of mind control could be used to effectively manipulate other mental processes.

From the text of the article:


Magic tricks provide a valuable tool to investigate psychological processes within a highly natural environment. Most magic principles rely on tightly structured action and language scripts, which allow researchers to investigate psychological processes (e.g., priming, attention, and perception) under controlled, yet realistic conditions. Forcing refers to conjuring techniques that allow magicians to covertly influence a spectator’s choice, and they provide unique tools to investigate how primes unconsciously influence people’s decisions when there is a broad range of alternatives (i.e., 52 playing cards). Many of these forces are commonly used within a magic performance context, but only a few have been empirically investigated. In this paper, we examine a forcing technique that relies on subtle conversational nonverbal and verbal primes: the mental priming force. This force was created by British illusionist Derren Brown, and uses subtle verbal and nonverbal primes to influence the spectator to think about the three of diamonds (see figure). 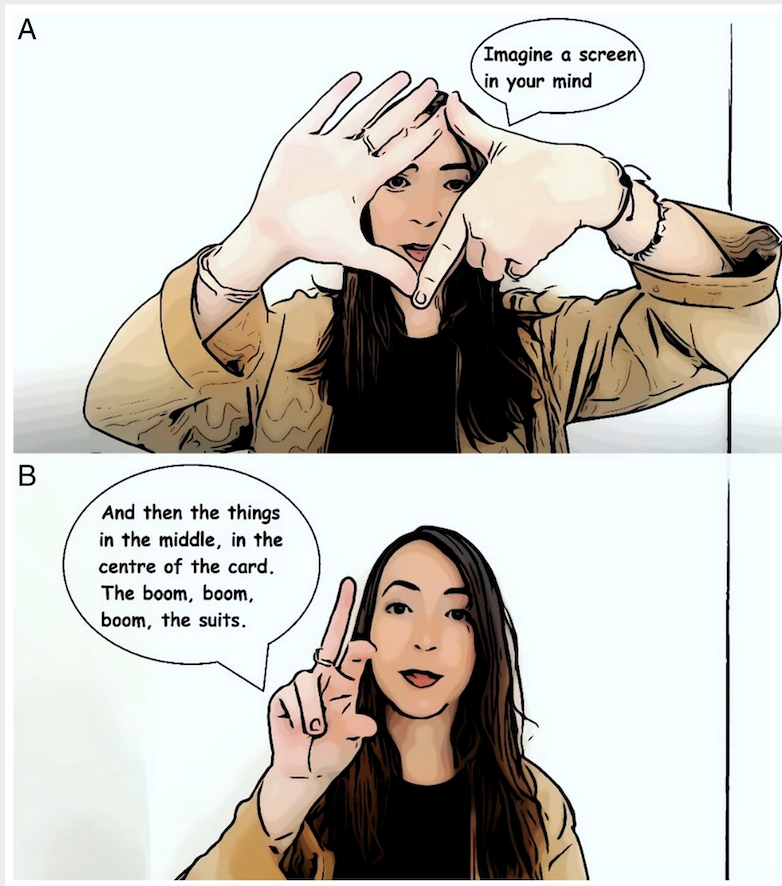 Our results illustrate that the mental priming force significantly influenced participants’ choice among a large number of alternatives, and it works just as effectively when presented on video compared to when it is performed by a real person. Eighteen percent of our participants chose the target card, and most were oblivious to the force itself. Indeed, even though the force resulted in a ninefold increase chance of participants choosing the three of diamonds, participants reported that their choice was free and that they were in control of it. Investigating the way implicit cues unconsciously influence people’s thoughts provides important insights into the nature of human cognition.

Posted by Deric Bownds at 12:00 AM
Email ThisBlogThis!Share to TwitterShare to FacebookShare to Pinterest
Blog Categories: attention/perception