A graphic of the coming collapse of our marine ecosystems.

I've just done a slow read through a PNAS Perspective article authored by a collaborative of mainly European scientists on "The quiet crossing of ocean tipping points." The article describes how climate change in the ocean is clearly manifesting itself now with ocean deoxygenation and ocean acidification that will be irreversible for centuries to millennia.

Abrupt physical ocean changes due to marine heatwaves are expected with very high likelihood and high confidence concerning negative impacts on ecosystems. Increased heatwave occurrences are not reversible on short time scales and would persist from decades to centuries. The physical−chemical−biological ocean systems are at the verge of tipping into another state in many oceanic regions. Integrated over the world ocean, this adds up to a global issue of concern.

Here is a striking summary graphic that I want to pass on that shows candidates for high-probability high-impact marine tipping elements that concern warming, deoxygenation, and ocean acidification as well as their impacts. (Click to enlarge). 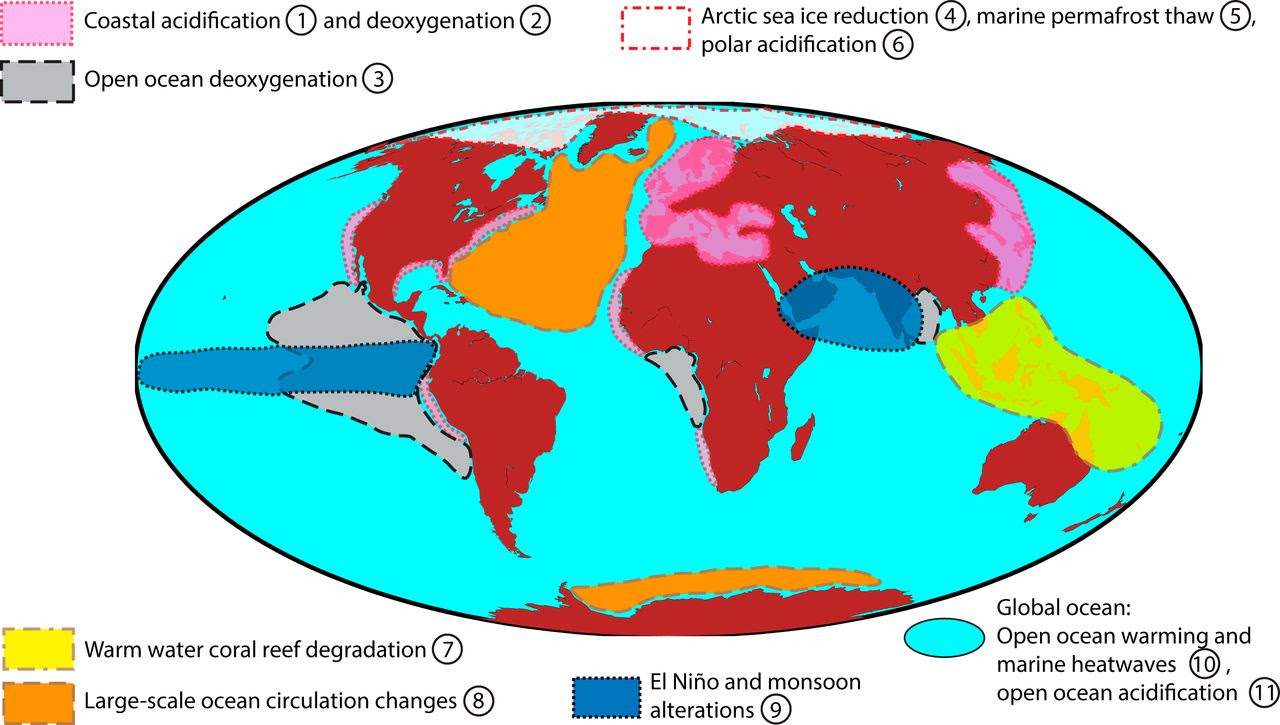 AND, I want to point you to a striking New York Times article that has amazing graphic animations showing the current dangerous weakening of the Gulf Stream that is generating a "cold blob" in the North Atlantic, threatening the normal warming effect of the Gulf Stream on the British Isles and northern Europe.

Posted by Deric Bownds at 12:00 AM
Email ThisBlogThis!Share to TwitterShare to FacebookShare to Pinterest
Blog Categories: culture/politics, human evolution