The neuroscience of mindfulness meditation

I completely missed this review article by Posner and colleagues when it appeared, and am grateful for Bäumli's mention of it in her recent brief essay, which gives this link for downloading it. It has a mind numbing amount of information on research into the brain correlates of meditative practice and competence, summary tables, references, graphics. In this post I'm passing passing on the summary of key points and one graphic:


It is proposed that the mechanism through which mindfulness meditation exerts its effects is a process of enhanced self-regulation, including attention control, emotion regulation and self-awareness.

Research on mindfulness meditation faces a number of important challenges in study design that limit the interpretation of existing studies.

A number of changes in brain structure have been related to mindfulness meditation.

Mindfulness practice enhances attention. The anterior cingulate cortex is the region associated with attention in which changes in activity and/or structure in response to mindfulness meditation are most consistently reported.

Meditation practice has the potential to affect self-referential processing and improve present-moment awareness. The default mode networks — including the midline prefrontal cortex and posterior cingulate cortex, which support self-awareness — could be altered following mindfulness training.

Mindfulness meditation has potential for the treatment of clinical disorders and might facilitate the cultivation of a healthy mind and increased well-being.

The effects of mindfulness practice on neural structure and function need to be linked to behavioural performance, such as cognitive, affective and social functioning, in future research.

The complex mental state of mindfulness is likely to be supported by the large-scale brain networks; future work should take this into account rather than being restricted to activations in single brain areas. 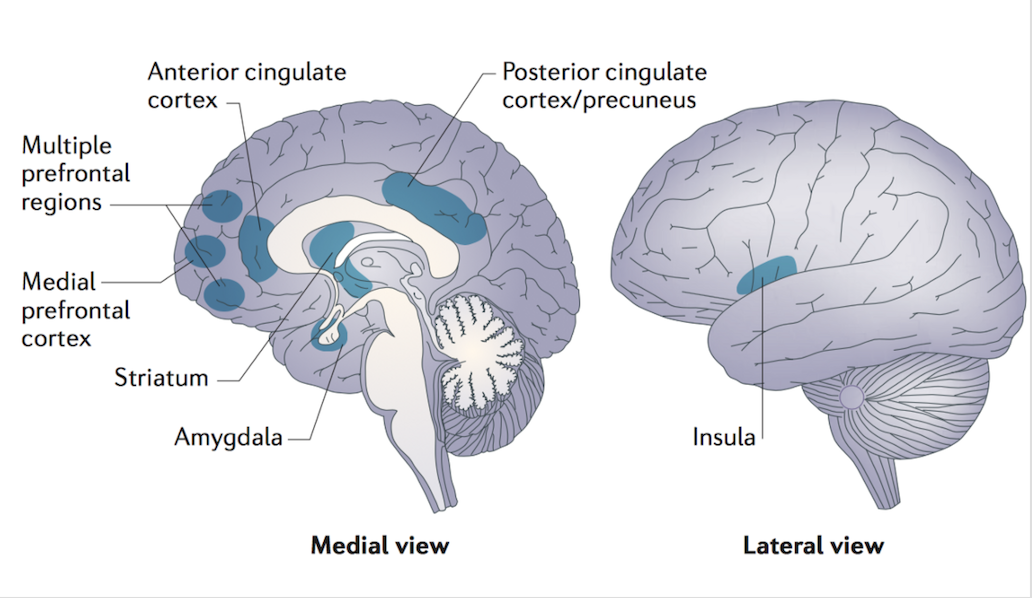 Posted by Deric Bownds at 3:00 AM
Email ThisBlogThis!Share to TwitterShare to FacebookShare to Pinterest
Blog Categories: brain plasticity, meditation