It’s all about tribes - not ideas, morals, or principles.

Thomas Edsall does another excellent piece on what is happening in our politics. I suggest you read it...here are a few clips:

Since the advent of Trump,


...white evangelicals went from being the least likely to the most likely group to agree that a candidate’s personal immorality has no bearing on his performance in public office. 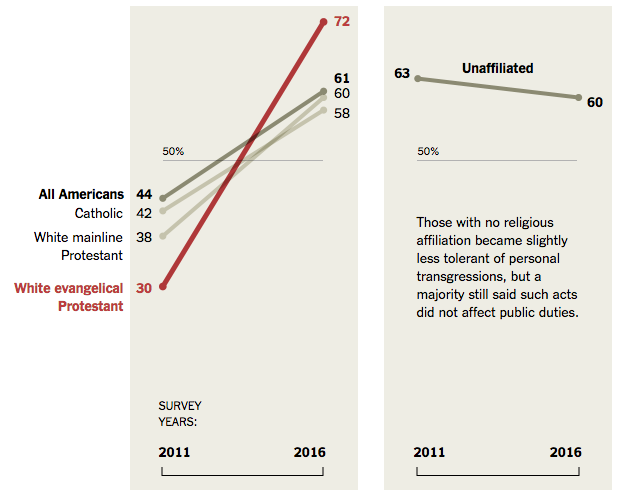 
In the conventional view, democracy begins with the voters. Ordinary people have preferences about what their government should do. They choose leaders who will do those things, or they enact their preferences directly in referendums. In either case, what the majority wants becomes government policy ..... the more realistic view is that Citizens’ perceptions of parties’ policy stands and their own policy views are significantly colored by their party preferences. Even on purely factual questions with clear right answers, citizens are sometimes willing to believe the opposite if it makes them feel better about their partisanship and vote choices....group and partisan loyalties, not policy preferences or ideologies, are fundamental in democratic politics.

Edsall cites further work showing that those with strongest Republican identification are most likely to embrace Trump's swings in political stance to either the right or the left.
Posted by Deric Bownds at 3:00 AM
Email ThisBlogThis!Share to TwitterShare to FacebookShare to Pinterest
Blog Categories: culture/politics